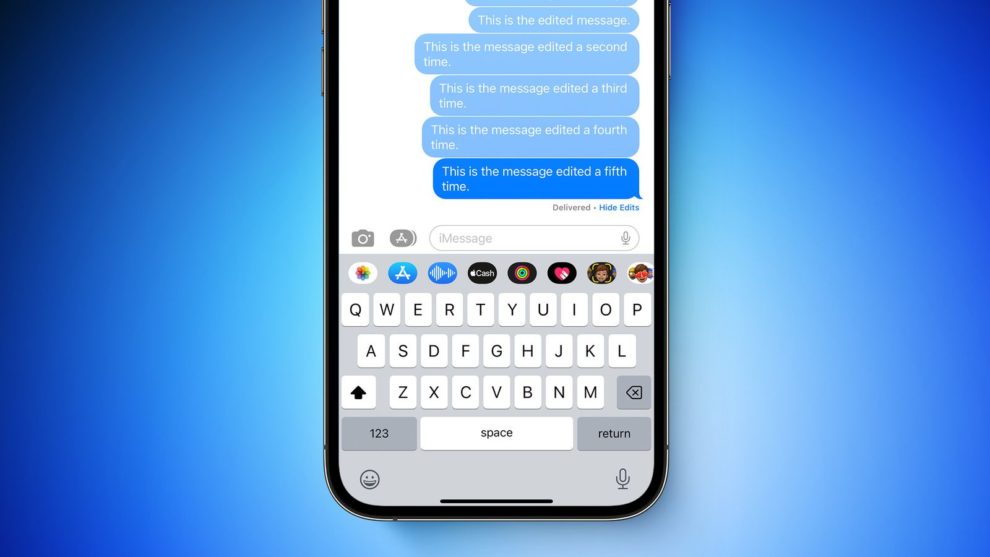 Apple added the most awaited unending iMessage texts on iPhone feature with the release of the iOS 16 update at the WWDC event this year. With the first iOS 16 beta 1, the new iMessage upgrade allows users to edit or recall a message for up to 15 minutes after sending it or recover recently deleted messages for up to 30 days after deletion.

However, the recent version of iOS 16 beta 4 changes some iMessage rules. From now, users will only be able to change an iMessage a maximum of five times before the ability to edit the message is removed from the long-press menu. The company will roll out this feature in the final version of iOS 16 this fall.

In earlier versions of iOS 16 with beta 1, Apple gave users 15 minutes to change their minds after sending a message. So users had to unsend messages in iMessage within 15 minutes of sending.

Sadly, the latest IOS 16 beta 4 update brings a considerable reduction in the allotted amount of time, which is now just two minutes. Yes, you heard it right.

However, the user will have 15 minutes to edit the message. But the changed or edited message will be logged to both sender and receiver of the message. In a simple word, “This means the person you are messaging will be able to see any edits you’ve made,”

To check all the edits, users can also check edited messages in the edit history when they tap on Edited text, and then all edits will be visible above the final word.

Along with the iMessage upgrade, Apple also made changes to the lock screen with some widgets support and new customization features.

There have been Apple Pay later installation plan added with the new iOS 16 beta 4. Also, the most helpful iOS 16’s Live Activity feature is there for users to check events that are taking place in real-time, such as a sports game, a workout, a ride-share, or an order for food delivery, directly from the Lock Screen of their device.

How to use a blue light filter on iPhone
Can I Use iOS 16’s Live Wallpaper?
Comment