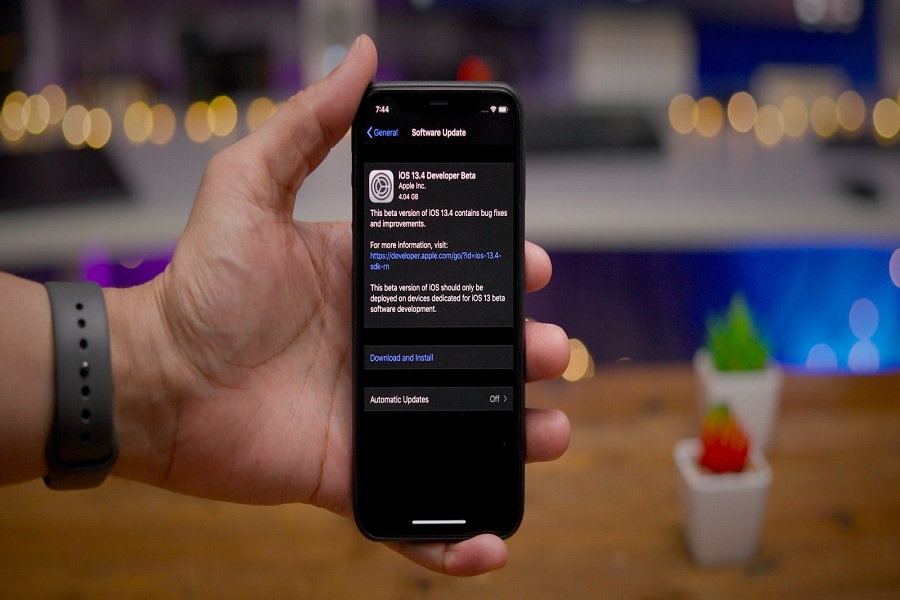 If you are using iPhone, then you would be excited about the next iOS update as Apple is planning to release its next iOS 13.4 update on March 24, according to MacRumors.

Ahead of the official release of next iOS 13.4, MacRumors has spotted some of the exciting features of iOS 13.4 based on the latest iOS 13.4 beta. So the next iOS update 13.4 is coming with some new Memoji, Files, CarPlay, AR, Keyboard, and Apple Store with Apple Arcade.

The iOS 13.4 to have the nine new Memoji stickers to add more fun while chatting with your friends. It includes smiling face with heart, hands pressed together, party face, and lot more.

It will also have a new iCloud Folder Sharing feature which will show the real-time updates. Hence, you can sync multiple accounts across the account.

Let’s start with one of the most highlighted features of iOS 13.4 that the support of mouse and trackpad with a multi-touch gesture.

There will also be the Universal Purchase support feature on iOS 13.4, which lets iOS users use a single purchase of a participating app across iPhone, iPad touch, iPad, Mac, and Apple TV.

Along with these new features, the new iOS 13.4 also worked greatly to fix some bugs like the problem where Photos may appear to use excess storage, an issue in Mail where the conversation list may display empty rows, an issue in Safari where web pages may not be inverted when both Dark Mode and Smart Invert are active.

There was also a bug in Mail where messages may appear out of order an issue in Settings where cellular data may incorrectly display as off and issue where Reminders may send notifications for completed reminders, among other things.

Apple has also recently released the new iPad Pro with a multi-touch gesture on Magic Keyboard and Magic Trackpad 2. It will allow users to scroll, swipe between app spaces, go home, and access app switcher.

Other than this, what other features are you expecting on iOS 13.4 update? Please do share your thoughts in the comment box.