Home » The iPhone 14 and iPhone 14 Plus Are Officially Here! 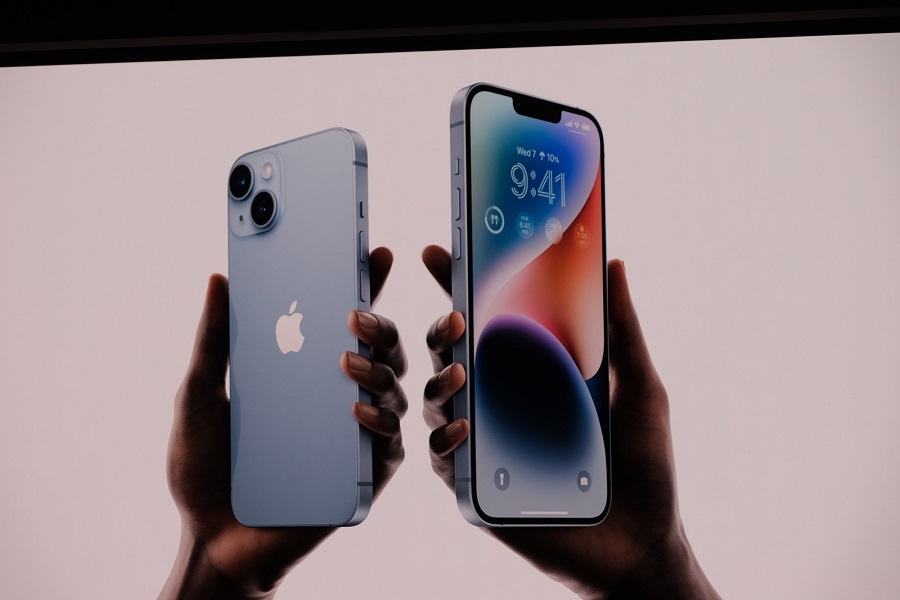 Just like tradition, new iPhone models, i.e., iPhone 14 and iPhone 14 Plus, are announced at Apple’s September event “far Out.”

These two low-end models are among the four iPhone 14 models that we will see on the market at the end of this month.

Many rumors were confirmed at the iPhone 14 launch event.

There have been no significant changes to Notch.

Apple announced the iPhone 14 and 14 Plus, preserving much of the design of the iPhone 13, including a notch for the Face ID and front camera. Like the rumors, the notch has not been completely erased.

Both the iPhone 14 and the iPhone 14 Plus have a ceramic coating and all-day battery life. Although it hasn’t been specified how long the battery will last, we can only guess that it may be for a day. The 14 Plus model should offer the best battery life of any iPhone.

There will be a larger iPhone, according to a new video for the iPhone 14 that Apple has released. But things are different now. We get a lower price for a larger screen.

Apple has now made an effort to produce more affordable phones. Reverting to the larger screen, it was previously said that you would see more text on a larger screen, which makes some sense. The screen would be the ideal size for a phone at roughly 6.1 inches. Along with the OLED screen size and 1200 nits of brightness, this feature also includes Dolby Vision.

iPhone 14 and iPhone 14 Plus Colors

Five hues will be available to us: product red, blue, purple, starlight, midnight, and starlight.

Powered by the Same Old a14 Bionic Chip

Utilising the identical A15 Bionic chip that was introduced with the iPhone 13, Apple intends to give the iPhone 14 professional-level performance thanks to a six-core CPU with two high performance, four efficiency, and a neural engine.

Additionally, it will contain a remarkable new camera system that will concentrate on lightning. The main camera on the next iPhone 14 will be 12 MP with a bigger sensor and 1.9-micron pixels. OIS and F1.5 aperture. The iPhone 14 and iPhone 14 Plus will have a new f.1.9 True Depth camera with focusing and a 49% boost in low-light capture.