Home » How to fix Siri something went wrong iOS 16 issue? 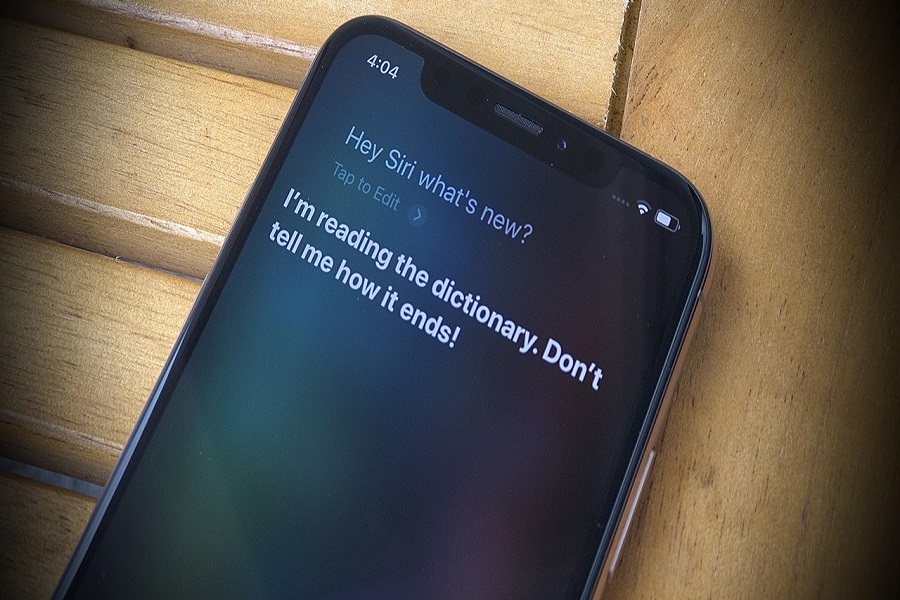 Siri, Apple’s voice assistant is still far from perfect. It has been more than 10 years since its release and it is constantly improving with every update. Siri is a virtual assistant that is included in Apple Inc.’s operating systems iOS, iPadOS, watchOS, macOS, tvOS, and audioOS. The assistant answers questions make suggestions and perform activities by delegating requests to a collection of Internet services using voice inquiries and a natural-language user interface. Siri keeps your information private and secure, and most used feature on any iOS device.

Siri is one major reason why everyone loves iPhone; you just have to say the words “hey Siri it’s me” and boom you have a smart virtual assistant at your service that isn’t just limited to your iPhone but to every other iOS device at your place. But there are some days when Siri just won’t work right. If you are facing issues with Siri especially after updating your iPhone to iOS 16, then it might be because of some technical issue of your device, as it almost never runs into any problems unless it is having some hardware issue. If you are facing an issue with Siri not working properly and getting messages that something went wrong, then there might be many other reasons such as network connectivity or microphone issue. So before jumping to any conclusion, just take a look at the few steps given below and see if that fixes your Siri problem.

There are several possibilities on why you are facing issue with Siri.

1. The servers that power Siri are offline or experiencing problems.

2. Your Internet connection is not working properly.

3. Your smartphone has been jailbroken, and the Siri files have become corrupted.

4. The microphone on your smartphone is broken.

5. Siri can’t understand you because you’re speaking too softly or too rapidly.

How to fix Siri something went wrong iOS 16 issue?

In case Siri is not working check if Hey Siri is turned on. For some reason, this option might b disabled due to which you were not able to access Siri by voice command. To enable it go to Settings > General > Siri > Hey Siri > Enable.

If it is enabled already but still not working try turning it off and then turning it back on again.

If Siri is not responding back to you, you should also check the Siri Voice Feedback settings. Simply go to Settings, select Siri & Search, and then Voice Feedback. Tap it and choose Always On. As a result, even if you turn off the ring switch, Siri will always deliver voice feedback.

3.    Check the Microphone of your device

If your iPhone’s microphones fail, Siri may not hear you or respond to you. Make sure the microphones are clean and clear.We recommend cleaning the mics using an extremely soft toothbrush and removing any screen protectors or cases that may be covering the microphone before attempting Siri again.

If the Apple Server is unavailable, Siri will not function correctly. You may check the Apple Support System Status page to see whether Siri is down. If so, simply wait for Apple to resolve the issue.

When Low Power Mode is enabled, several apps, such as Hey Siri, will not work properly in order to reduce the amount of power that the iPhone consumes. When your iPhone is in Low Power Mode, Hey Siri will not answer. You must disable it by going to Settings > Battery> low power mode > Disable.

Some queries, such as directions or the weather, require Siri to know your present location. So, in order for Siri to function correctly, you must enable Location Services. Select While Using the App under Settings > Privacy > Location Services > Siri & Dictation. If your location service is enabled, try turning it off and then enabling it again.

In general, this method will quickly resolve any network connection difficulties that may be affecting the Siri problem. However, there is one disadvantage: the entire network will be reset. To put it another way, the WiFi password and settings will be deleted.

How Many Emojis on Apple? Why Is It Trending?
Best iOS 16 Backgrounds Depth Effects For iPhone
Comment