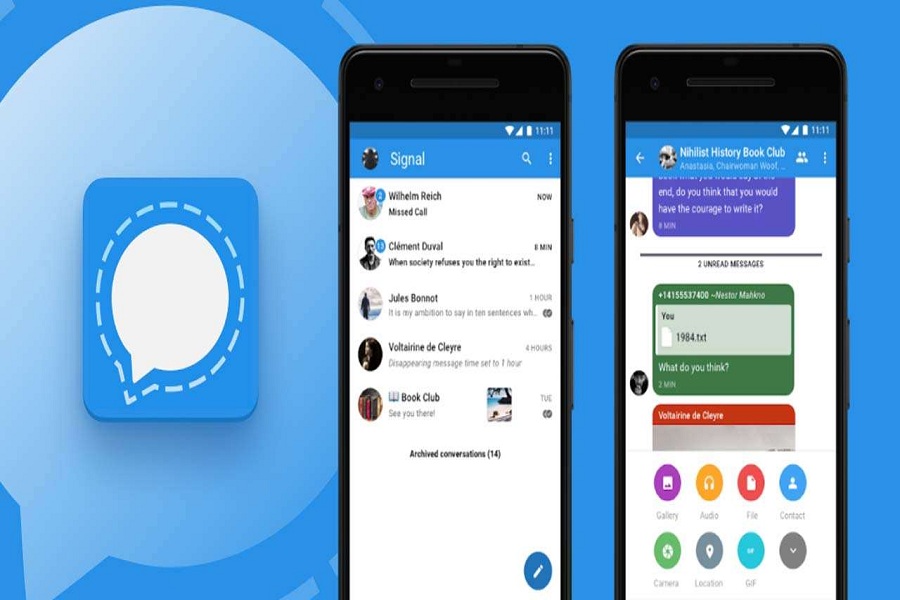 As the WhatsApp new privacy policy landed and people started moving to other messaging apps like Telegram and Signal, the most secure messaging app, “Signal,” received the latest update for iPhone users.

While comparing Signal with Telegram, we mentioned that there is no doubt that the Singal app is the most secure. But there were many features still missing from the apps comparing to Telegram and other messaging apps. The new Signal version 5.2.1 added many new functions and improved the usefulness of the app.

The new update focuses on the group call, video call quality, and sharing files with multiple people. Many bugs are also fixed. The signal app is holding the top trending app list on the App Store and Google Play Store for the last week.

The signal app also released the new update 5.2.3 for Android users to add some new functions and bug fixes. The number of Signal app users is growing day-by-day because of its end-to-end encrypted chatting option. Even the Signal app cannot track or sneak into your personal chat.

Have you started using the Signal app? If so, please share your experience with us in the comment box. Do you think this app can replace WhatsApp? What else do you still miss in the Signal app? Feel free to share your opinion via comments.

Will the new iPhone 12 interfere with ICD/pacemaker due to Magsafe?
How To Get iPhone 12 Series in Rs 48, 000 in India On Republic Day
Comment