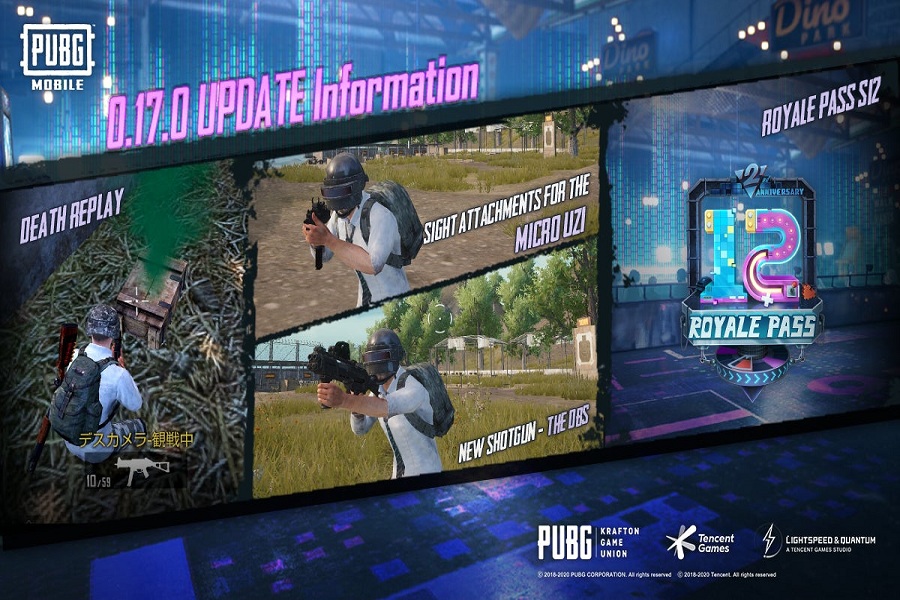 The long wait is over as the new PUBG Mobile 0.17.0 update landed with some amazing features which we are gonna discuss here!

Let’s find out everything in detail about the new PUBG Mobile 0.17.0 update.

PUBG MOBILE 0170 update size of 1.69GB for Android 1.95GB for iOS devices. So make sure you have enough space on your device. Also, keep in mind that different versions of players are not able to play together. So you need to update to the latest version.

If you update the game to the latest version before March 6th, then you will get 50 silver, 2888 BP and 3-day anniversary pan skin.

The Erangel 2.0 version is still missing, but they have added Erangel Amusement Park mode in Erangel Classic mode. In this mode, then the old school amusement park will show up randomly in three areas of the Classic Erangel map. You will also see some Arcade Machines in a certain area of the part which you can start with Tokens. Hunt Game, Space War, What’s in the Box, Shooting Range, Trampoline and Reverse Bungee are the most interesting things in this mode. Reverse Bungee and Wingsuit will be available in the middle of parts and players will be able to release it to the air to use their parachute and slide again.

The new update brings the new DBS gun, which is a double-barreled shotgun that will only be available in AirDrops. It can hold 14 rounds of 12 Gauge ammo and fire shots each rack. You can attach Holographic Sight, Red Dot Sight, and 2x – 6x Scope with this new gun.

You will also be able to adjust the voice volume of any other single teammate in the game according to their squad’s needs.

Just like the PC version of the game, the new universal mark system will let players to simply mark locations, supplies, vehicles, death crates and doors.

Finally, the most waited Death Replay system added to the game which let players see he got killed and take care of next time.

Since the release of the PUBG Mobile 0.16.0 update, we have seen that the makers keep teasing about the Colorblind mode. And finally, the mode is added in Graphics settings which offer vivid color options in-game in Poison, Smoke, and Auxiliary Lines.

Just like the Extreme Cold Mode in PUBG Mobile Chinese version, this new Arctic Mode is all about survived during the snowstorm by keeping heal maintain with the help of bonfire indoors, hunt chickens to eat so that you can restore body temperature. Furthermore, you will also see the Snowboard form the Winter Festival in this mode. The most interesting this is Drones added to this mode so that you can check the surrounding areas.

· Hardcore Mode Is Back

The Hardcore Mode is back with some new changes. There are no more sound prompts; manual actions are required like pick-up and opening/closing doors. It will look more realistic and intense.

There is also improvement made in Team Deathmatch camera shaking and positions adjustment in when you are using FPP mode.

With the tagline “2gether We Play”, the new season of PUBG Mobile arrived with some amazing items including some 2nd-anniversary rewards. If you haven’t purchased any Royale Passes form the last three seasons, then you will get some extra surprises when you purchase from this Season 12.

Are you noob? Or need some tips to win the game? If so, then the new system feature “Brothers in Arms Function” is here to help you take help and help someone in the game. In this new feature, you can register as Rookies or Veteran. Rookies can send a help request to the Veteran who has activated the Rookie matching will get the invitation and help the Rookies.

There are more improvements made and bugs fixes with this update. Well, the update is still rolling out. So keep your eyes on the Google Play Store and Apple Store to check if the new PUBG Mobile 0.17.0 update is available or not. If you have already played the game, then please do share your feedback about the new update in the comment box.