Home » What are the Physical security keys on iOS 16.3? 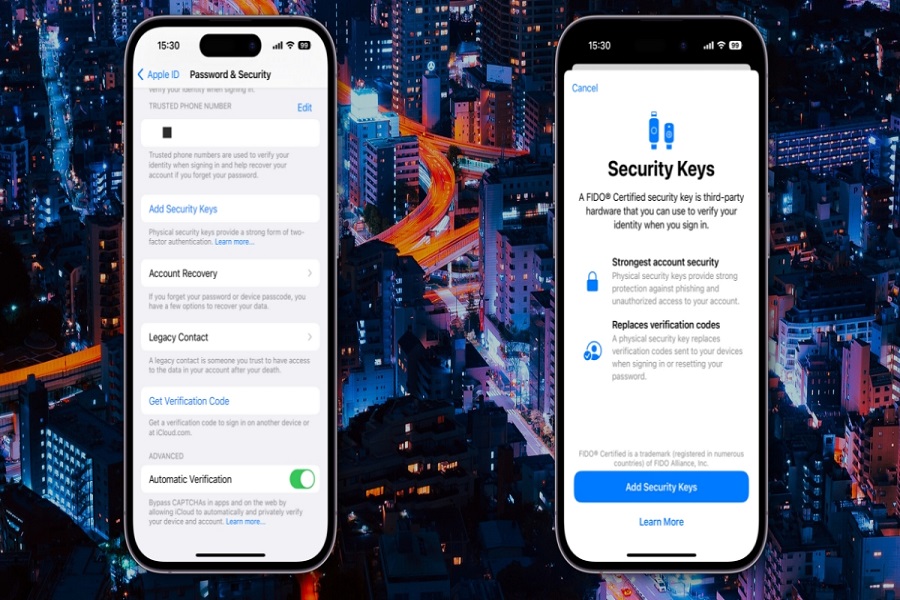 Apple is on a quest to introduce enhanced security and privacy features with its new iOS updates. Following the positive reception that iOS 16.1 and iOS 16.2 received, it isn’t surprising that Apple had to one-up their game with the release of iOS 16.3.

With the new iOS 16.3, one of the most astounding features is the support for physical keys to further streamline the two-factor authentication process.

If you are excited about the new physical security keys on iOS 16.3, this article will further discuss that.

Do the Physical Security Keys work for iOS 16.3?

With the release of the physical security keys support for iOS 16.3, it isn’t surprising that most users are confused about its usage and integration.

The physical security key is like an external device that helps with the authentication of the iOS user’s account.

Since the physical keys are an external device, they work a lot better than the standard six-digit verification process that most users follow when it comes to two-factor authentication. Adding the physical security key will prevent hackers from hacking into the account.

Keep in mind that the physical security keys feature is an optional feature that’s available to iOS 16.3 users who want to engage in some extra protection for their devices. It uses the FIDO-certified security keys, which ascertains 100% elevated security, especially if you are at risk of a data breach.

If your iPhone has already received the iOS 16.3 update, you can go ahead and check your Settings for it.

Follow Settings > General > Software Update. From there, check if there are any updates available. If the iOS 16.3 update is available, you can download and install it to your device to avail the brand-new physical security key features.

Until then, we’d recommend that you keep a check on the other features that come with the iOS 16.3 update, including Homepod smart speaker support and Unity wallpapers. The advanced data protection features are a standout in this update.