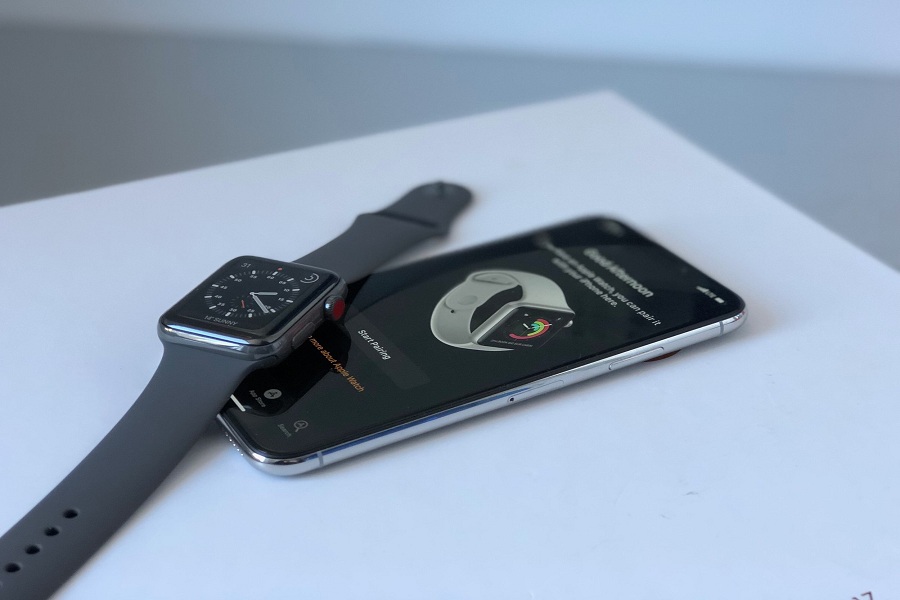 How to Pair a New Apple Watch 5 to iPhone

Before pairing both the devices you need to make sure they have enough battery. Battery should be enough to get the old data backup from old Apple Watch and complete the pairing process.
Step 1 – Now, if you have got yourself a fancy band then change it by putting your Apple Watch upside down and push & hold the band button. Now slide in the new band until you hear a click. (This is only for those who have got a new band for them, otherwise, no need to do it.)

In case, a pairing popup doesn’t appear on your iPhone then you have to open the Apple Watch and then touch on “Start Pairing”.

Step 3 – Now, blue cloud-like particles will show up on the Apple watch. Then, Apple Watch App on your iPhone will open the camera to scan those particles on the watch so place the iPhone above the watch to scan them and both devices will be paired.
Step 4 – In the next step, tap on “Set up new Apple Watch” and follow the instructions on the screens of both devices. If you want to restore the backup from old Apple Watch to the new one then tap on the “restore from backup”

How to Pair Apple Watch Series 5 to iPhone manually

If you are unable to use your iPhone’s camera for pairing or in case you don’t want to use it then you can pair the devices manually as well.

How to Unpair an Apple Watch from Your iPhone

Remember that unpairing your Apple Watch shall set the device to factory reset. But your iPhone creates a new backup before you unpair it. So you can use the new backup to restore it on a new Apple Watch.

Step 1 – Open Apple Watch App on your iPhone and open the “My Watch” tab from the bottom menu.

Step 2 – Tap on the “Apple Watch” shown at the top of the screen.

Step 4 – Tap on “Unpair Apple Watch” and for confirmation follow the instructions and the popup that appear.

Step 5 – If you have activated a cellular plan for Apple watch then you will be asked to keep it or remove it. Then enter the Apple ID password when asked and finally your Apple Watch will be unpaired from your Apple Watch and it will be reset to factory settings.

How to Erase Your Apple Watch

If you are unable to unpair your Apple Watch from your iPhone or you do not own iPhone and you wish to erase the Apple Watch then, there are two ways to do it.

How to erase Apple Watch from itself: Go to Settings => General => Reset. Then tap on “Erase All Content and Settings enter the passcode to complete the process.

So, this is how you can pair, unpair and erase your Apple Watch to your iPhone. Your data is automatically getting backed up on your iPhone when you unpair it so when you connect new Apple you get an option to restore that backup to your new Apple Watch. If you have any queries while following this guide then our technical team is always available to help you.
TagsApple Watch Series 5 iPhone 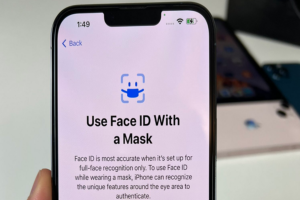 How To Force Restart iPhone 11, 11 Pro, or 11 Pro Max
How to Use iPad As A Second Display or Mirror for Mac with Sidecar
Comment