Home » NOTIFY ANYWAY IOS 15: WHAT DOES IT MEAN? 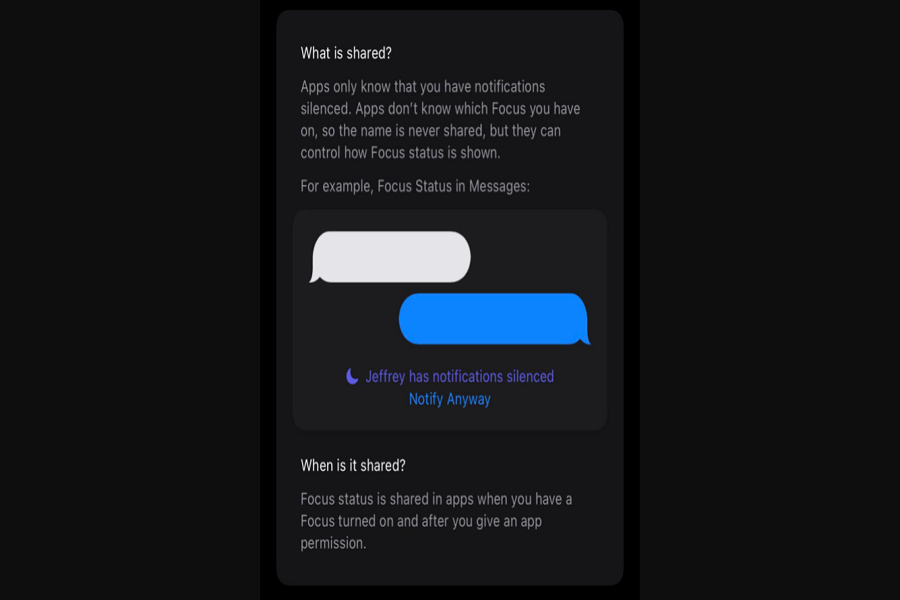 The newly launched iOS 15 has left people excited and they seem to not get over the hidden features anytime soon. While some new features have left them scratching their heads, the response to these has been quite good.

When an active Focus mode delays or disables notification for a app that is compatible with it, the status for such action appears with the said application. It notifies the person trying to get in touch via the same app. The “Notify Anyway” let’s you get in touch with the person, even if their focus mode is active i.e, urgent delivery of messages takes place.

SO, WHAT ACTUALLY “NOTIFY ANYWAY” FEATURE IS?

The rebranded DND feature on iOS 15 now known as “Focus” allows you specifically to fabricate various modes customized just in accordance to your own routine. Yes, a DND that works according to your schedule. You can manage the apps you have and the notifications you receive according to your own requirement during that “Focus” period. This feature is particularly designed by Apple to keep people less distracted and focus more on things the users really wants to. It helps the users in filtering out the notifications.

The best part of this feature is users can create their own customized home screens with only necessary apps that would be displayed while “Focus” mode is in play! The other users trying to get a hold of the user in “Focus” mode via a compatible app will be automatically notified of the user’s unreachable status. When a user is in “Focus” mode on an Apple device, it gets synced to all the other Apple devices of the said user as well.

So, “Notify Anyway” is simply a feature that lets you surpass the “Focus” and get your urgent messages delivered to the person. In other words, it is an SOS feature. Apple let’s you use this feature to urgently notify or get an important message delivered in case you really need to reach out to the person.

This also means that the message would get deliver via “Notify Anyway” even if the said person is in “Focus” mode and does not wish to be disturbed.

However, if the person you want to get in touch with has the “Focus Status”turned off, you won’t be able to send the message as there won’t be any “Notify Anyway” features provided to you.

The “Focus” and “Notify Anyway” seem to be really important features as they are framed keeping in mind both the customisation of do not disturb aspect and the SOS urgency. Apple has been concentrating more and more on the user experience with its new OS.

Spotify Wrapped 2021: How To Find Top Songs & Artists on iPhone
How Make Your Own Custom App Icons on iPhone [iOS 14 & iOS 15]
Comment