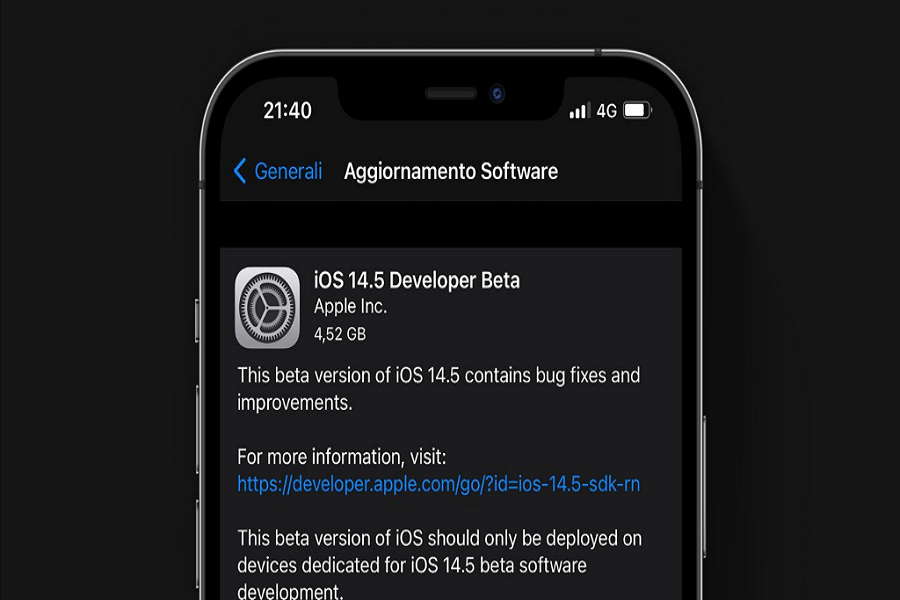 Apple is making its iOS 14 more stable and smoother by releasing new upgrades from time to time. Recently, the company releases the latest iOS 14.5 developer beta 1 with some worthy features.

Since iOS 14.5 beta is only available, limited users have got their hands with the latest update. If you are not aware of the new features of iOS 14.5, here we have the full highlight.

People have been asking how to unlock iPhone while wearing a mask if you have Face ID lock from the last few months. Finally, Apple has added the new feature on iOS 14.5 to unlock iPhone using Apple Watch.

Many iOS 14.5 beta testers also noticed the new “Edit Sleep Schedule in Health” button in the Clock app. It will help to manage your sleep time.

Apple Card is now compatible to share with your family with the new iOS 14.5 update. Apple Card holder can invite family members to share the card. Every payment from the Apple Card will be accessible by the account holder.

With the iOS 14.5, Apple also tweaked the interface of Apple Maps guide. It is looking effortless and charming and some images about the location in a short preview the bottom.

As the new PS5 and Xbox Series X has been creating a buzz in the gaming industry, Apple has also added the game console controller’s support of these new gaming consoles with iOS 14.5 update.

If you don’t have Apple Tv, but still want to see some videos from Apple Fitness+, you will be able to do it with AirPlay 2 as Apple added support of AirPlay 2.

Have you tested the new iOS 14.5 beta? If so, then please do not forget to share your feedback with us in the comment box.

How To Unlock iPhone With Mask On using Apple Watch?
Aesthetic FaceTime App Icons for iPhone on iOS 14
Comment