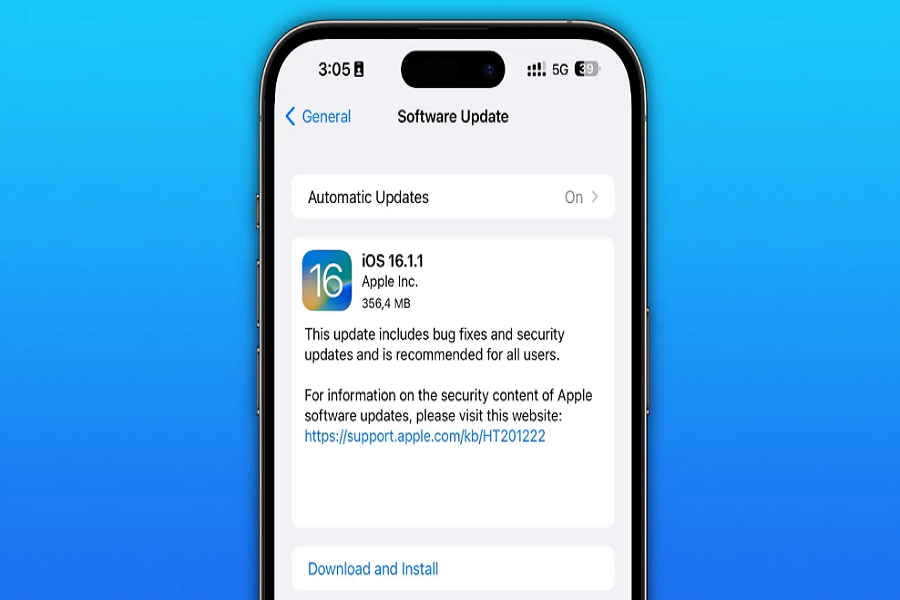 IOS 16.1 was released just a few days ago, and users had pretty high expectations from it. Since iOS 16 was such a buggy update, it was expected that iOS 16.1 would solve all the issues and boost the iPhone’s performance. But to our disappointment, iOS 16.1 failed to live up to the user’s expectations. Instead of solving the bugs and issues, iOS 16.1 brought many other bug issues and problems with it. Now all the attention has been shifted to the next version of iOS 16 in hopes of solving the issues that users have faced with iOS 16.1.

IOS 16.1.1 is released on 09th November 2022 alongside iPad OS 16.1.1 and mac OS 13.0.1. This update should be available to users of iOS 16 devices ranging from the iPhone 8 to the iPhone 14 series.Apple has already published the release notes for iOS 16.1.1, which state unequivocally that this update is focused on bug repairs and performance enhancements rather than bringing new features.According to Apple, “This update includes bug fixes and security updates and is recommended for all users.”

These upgrades include critical issue patches, such as one impacting the SKAdNetwork API, which allows advertisers to track the effectiveness of their campaigns.“The SKAdNetwork API lets advertisers measure the success of advertisements by attributing app installations to specific ad campaigns — all while maintaining user privacy. It supports multiple ad formats, including static images, videos, audio, and interactive ads.”

Another issue that was impacting a large number of customers was the alarm widget on the lock screen. Many people complained that they couldn’t see the alert correctly; it would just state “no alarm” even when there was one. This problem has been resolved in iOS 16.1.1.

Another problem that has been resolved concerns the phone application. When you’re on a phone call and the phone is up to your ear, you can’t control the volume properly with the volume button in iOS 16.1. With the release of iOS 16.1.1, this problem has been addressed and resolved.

IOS 16.1.1 is a modest update that includes a handful of security updates, a repair for the SK ad Network error, and hopefully a cure for those experiencing the Wi-Fi issue that appears to be rather common among iOS 16.1 users. Let us know what you think of the iOS 16.1.1 release in the comments area below.