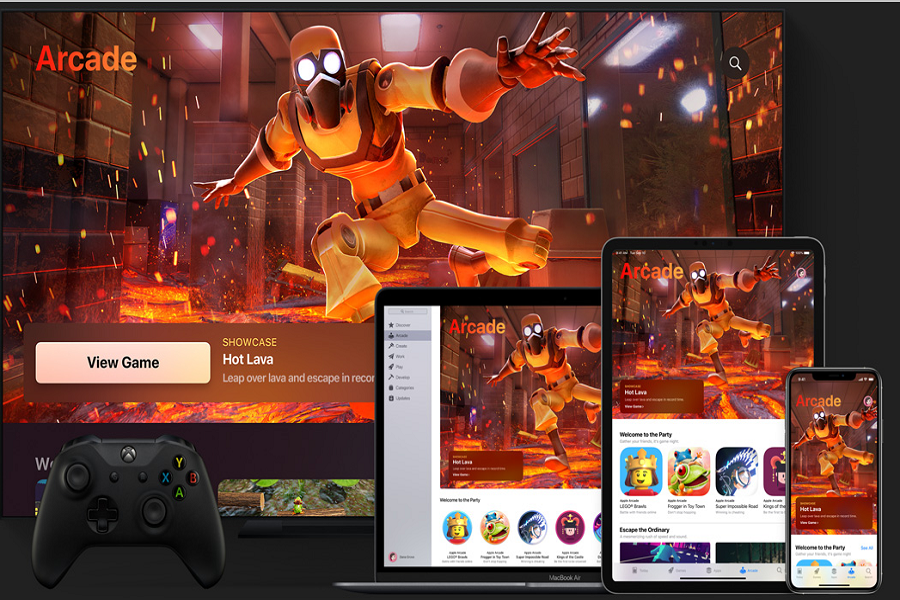 When I was eight, I love playing games. I am now 25, and the world of gaming has completely changed. Earlier, we have bought a special gaming platform and the game CD to play on it. But now everything is more advanced as you can play any game on your iPhone as well as smart TV. And right now, many multiplayer games are doming the gaming world.

Considering the trend among people and craze of games these days, Apple released the new Apple Arcade Games platform for all Apple devices, which inclsudes iPhone, iPad, iPad Touch, Mac, and Apple TV.  At the launch of the device, they added 100 titles and then adding more games regularly. Talking about the Apple Arcade Games subscription, you can get a month free subscription at the start and then it will be charged $5 a month. The great thing is that even you can use PS4 and Xbox wireless controller to play the game.

Without wasting much time, let’s check out this list of best Apple Arcade games 2021:

Monster of Uncharted Seas is an action-adventure video game developed by Finnish studio Cornfox & Bros. It focuses on an unnamed boy protagonist’s quest to find his lost father and defeat the living fortress, Oceanhorn.

Trouble has come to Bikini Bottom! The evil “mastermind” Sheldon J. Plankton has once again hatched a plan to steal the secret Krabby Patty formula. This time he has enlisted his army of cousins to capture all of SpongeBob’s friends! Play as SpongeBob on his epic, most side-scrolly quest through Bikini Bottom ever! Explore, collect coins and spatulas, and crush obstacles as SpongeBob races to rescue his friends, defeat Plankton’s minions and take back the formula. Keep an eye out for your favorite Bikini Bottom residents…you never know who you might run into!

Welcome to the Towers of Everland, where exploration, combat, and RPG elements merge to create an amazing experience that delivers true adventure within an unfolding journey that will keep you coming back for more!

You’re far from home. You’re not sure how you got here. But you do know one thing: it’s your calling to help your new friends, however you can. But not all of them are being cooperative…

“From the award-winning studio that brought you GNOG comes Winding Worlds, a finger-wiggling puzzle-adventure about a girl, a Wurm, and how to say goodbye.

Otherside is a turn based RPG and strategy board game where you will control four survivors who hope to push back the shadowy threat. Make your way through each level solving puzzles, fighting monsters, and destroying the spirit anchors that threaten our dimension.

Upon waking from a coma, Peet’s girlfriend is nowhere to be found. Investigate the screams coming from the heart of Neverwood, the increasingly bizarre behavior of the zombie grownups, and the strange truth about Peet’s past in this hauntingly dreamlike fable.

Beyond Blue takes you into the near future, where you’ll have the opportunity to explore the mysteries of our ocean through the eyes of Mirai, a deep sea explorer and scientist. You and your newly-formed research team will use groundbreaking technologies to see, hear, and interact with the ocean in a more meaningful way than has ever been attempted. The game features an evocative narrative, exploration of an untouched world, and adventure that challenges the player to make high-stakes decisions during the crew’s expedition.

Lightning Rod Games presents A Fold Apart: an award-winning puzzle game that explores the emotional rollercoaster of a long-distance relationship — in a world of folding paper!

In Scrappers, up to 4 players can team up to clean up the streets of a futuristic city teeming with garbage — and trash anyone who gets in their way!

Set in a retro universe, British Spy Agency ‘EP-8’ has created Agent 8, the most sophisticated miniature robot spider on earth! Built using experimental technology, this itsy-bitsy superspy is equipped with all the gadgets and gizmos you’ll need; cut through panels, overload terminals, flip switches, and open valves as you scurry about sabotaging the heinous plans of evil doers.

Roundguard is a bouncy dungeon crawler with pinball physics, lots of loot, and a randomized castle full of oddballs. Press your luck against hordes of dangerously cute monsters and challenging roguelike elements in this all-round bouncy adventure!

Bring your friends and see how far you can get in this endless spinning tower of arcade fun! Keep climbing as high as you can. Every run is different.

Welcome to the Loud House! Are you ready to get OUTTA CONTROL?! Enter the chaotic world of Lincoln Loud and his sisters from the hit Nickelodeon series.

You can choose player vs computer or player vs player. Charrua Soccer features simple controls with fun and challenging gameplay.

When a new threat arises and briefcases start to disappear all over the world, the S.P.Y. Agency, the only agency in the world run by robotic pigeons, sends its best agent to investigate: Special Agent Charles.

Have the food fight of your life in Butter Royale, a multiplayer battle royale game, and be the last one standing on Butter Island. Play against 31 other players in fast-paced food battles (under 5 minutes), with the help of sauce-shooting, baguette-blasting modified kitchen tools!

Stranded in a strange galaxy, you must fight for survival using only your wits, your ship, and your party planning robot companion. Explore the universe, befriend bizarre aliens, and blast through hordes of monsters as you endeavor to find a way home.

Earth’s climate has collapsed and your mission is to collect the precious remaining plant life and return it to the safety of the Doomsday Vault.

Step through levels brick by brick with puzzles that ask us to sometimes follow the instructions… and sometimes to be creative and break the rules.

Set in a digital world of the near future, Ultimate Rivals™: The Rink is a hockey experience that, for the first time, gives fans the ability to play as their favorite athletes wherever and however they choose.

In Towaga: Among Shadows you will learn to master the light in order to exorcise hordes of enraged creatures firmly set upon tearing you to shreds. Your skill and perseverance will be sorely tested while fighting on foot in the jungle or soaring through the skies above the peaks of the highest temples.

Join the Crystal Gems for the ultimate mobile RPG. It’s time to Unleash the Light!

Rosie’s Reality is a unique puzzle adventure. Guide Rosie, a shy yet spirited rescue robot, on an extraordinary mission to recover a series of misbehaving and malfunctioning robots.

Build robots from a wide variety of components. Plan a strategy to carry you to victory. Fight as a pilot alongside your bots in exciting PvP matches or test your mettle in the single player Entropy Tribunals experience!

A Knight sworn to the forces of darkness. A creature which feeds on pain. A young girl all alone. One interconnecting tale of suffering, sacrifice, and the family in the middle of it all.

Experience Music and Gameplay that emotionally and mentally impacts you. Mind Symphony sets unique gameplay to mesh with musical tracks to create an experience that make you feel better.

ShockRods is about shooting and avoiding being shot by jumping and dodging. ShockRods features solo and team games that take place in natural surroundings and future sports arenas. Your goal in ShockRods is to score points – by shooting your opponents and achieving objectives; scoring goals, stealing the other team’s flag, or dealing the most destruction… As you drive your ShockRod to VICTORY!

Stela is a cinematic, atmospheric platformer about a young woman witnessing the final days of a mysterious ancient world.

These were some best Apple Arcade Games you can play on your Apple device. If you have any suggestion or we have forgotten any new Arcade game, then feel free to share with us through the comment box.

Apple’s Next watchOS 7 To Have New Sleep Mode Feature: Fudge
When Will iOS 14 Be Released? –ConsideringApple
Comment