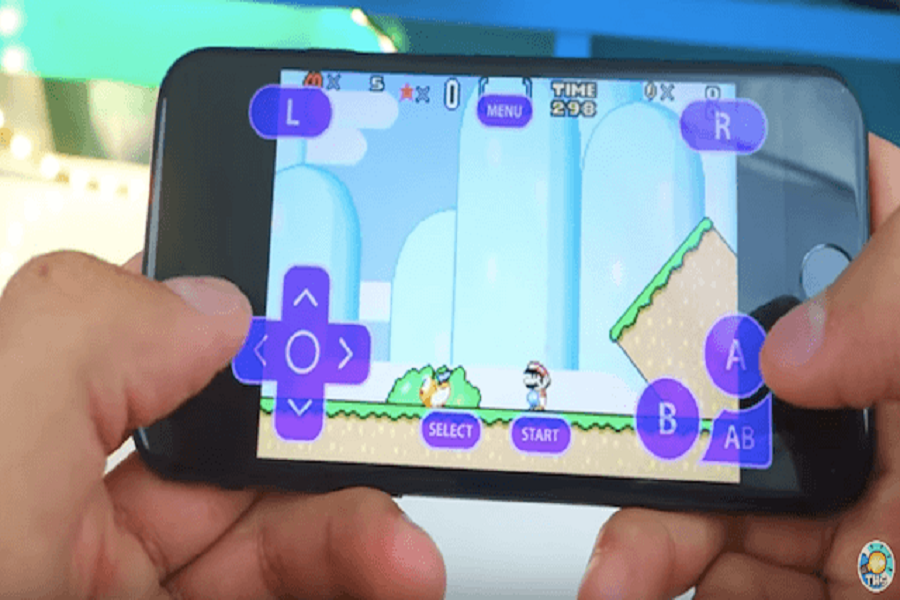 Searching for the finest NDS Emulators for your iOS device but are unsure to pick the rightmost option? Well, in that case, you are not alone. Since there is a mind-boggling number of emulators prevailing over the web, making an ideal choice while leaving all others behind is not be as simple as it may sound.

Therefore, to cut down your effort and save you time, we have come up with the 5 best NDS emulator options that you can add to your app drawer right away. Read on to get a detailed description of NDS, along with the sure-shot options to choose from.

What is NDS or Nintendo DS?

Before getting into the list of the best NDS emulators, let’s first learn about NDS a bit more. The Nintendo DS is a Nintendo handheld gaming device released worldwide in 2004 and 2005. Here, the DS, which stands for “Developers’ System” or “Dual Screen.”

It is the first portable game to include two LCDs that functioned in tandem, a built-in microphone, and wireless networking. Both screens get housed in a clamshell design similar to the Game Boy Advance SP.

Multiple Nintendo DS devices can connect via Wi-Fi without joining an existing wireless network across a short distance. They might also interact using the Nintendo Wi-Fi Connection service, which is now unavailable.

So, now you are aware of the Nintendo DS, it’s time to unfold the list of the 5 best NDS emulators that prove to be the perfect companion for your iOS. Keep scrolling to know more about the list.

EmuBox is a brand-new all-in-one console emulator that lets you play all of your old game ROMs. The users have the option of using an external controller, plugging in your gamepad, or using a Bluetooth gamepad.

Game states may be saved and loaded. Each room can have up to 20 save spaces in EmuBox. You are free to capture screenshots of the game at any moment. EmuBox comes without any game ROMs and gets exclusively designed to play your own ROM backups.

DraStic is a lightweight Android emulator that simulates a popular two-screen handheld device from 2004. It contains the features, as well as the ability to play its games at full speed on a variety of Android devices.

Save states allow you to save and restart your progress from anywhere. Using a library of hundreds of game improvement codes, you may customize your gaming experience. Fast-forwarding enables you to boost the emulation speed.

The game’s 3D visuals may get enhanced to a resolution two times the original. For portrait and landscape modes, you may change the location and size of the displays. Add-on controllers and physical controls are both fully supported.

NDS4ios is a popular DS emulator; however, it is not available for download from the app store, unlike other emulators. The users can simply install this program by using programs like TuTuApp and the IPA file.

You can also utilize other available alternatives. This program performs admirably. It’s also a choice for playing 2D NDS games. 3D games, on the other hand, are notoriously sluggish and jerky. NDS4iOS has a built-in browser that allows you to download Nintendo DS games as ROMs and more.

iNDS is a fork of William Cobb’s original iNDS emulator. Emulation gets currently driven by the DeSmuME threaded ARM interpreter, which operates at nearly full speed on iPhones five and above.

The iOS version of iNDS is jam-packed with essential features. You may use the emulator to search for game ROM files and then download, unpack, and run them directly from the iNDS software.

Devices with 256MB of RAM get not supported due to the necessity to map the full ROM into memory. The best thing is that you don’t need a PC or MAC to sideload games.

That’s it, folks. The Nintendo DS is a legendary handheld platform to live through various emulators for Android, iOS, Windows, Mac, and Linux. Since now you’ve reviewed the finest NDS emulators for iOS, you can download the one that appeals to you and give it a try.

iOS 15.4 Issues & Problems Are Here
iOS 15.4 is Out: Check Out These New Features!
Comment