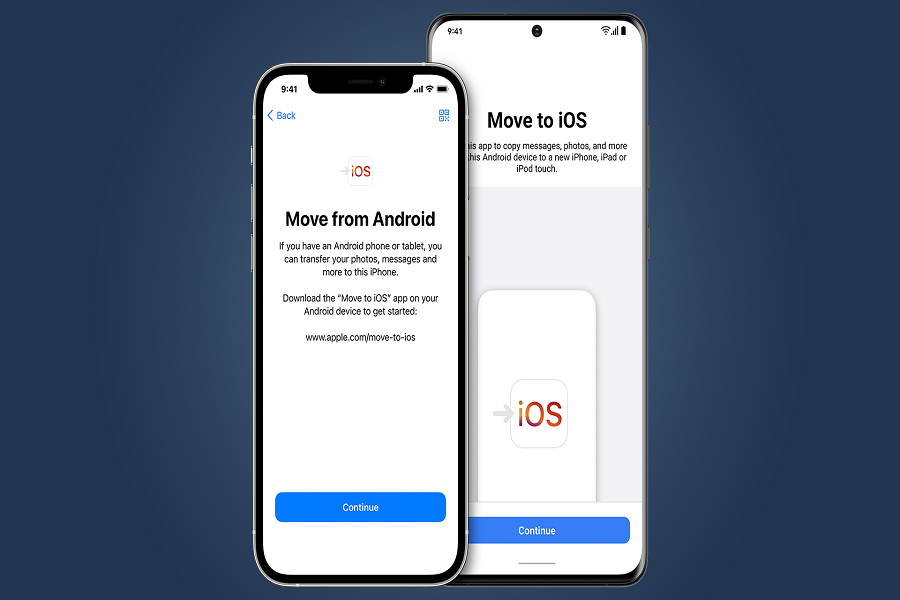 Since the device is new, users cannot keep calm to get their hands on the new iPhone 14. Hence, they are looking for a solution to fix Move To iOS not working as the app is stuck preparing and not allowing users to move data from Android to IOS. As we saw many reports claiming that Move To IOS is not working, here we have prepared working methods to get rid of this issue.

Apple released Move To iOS app for Android devices with Android 4.0 (Kitkat) or higher and iPhones with iOS 9.0 or higher running iPhones. Hence, you must ensure both devices are running Move To iOS compatible operating systems.

When you turn the Airplane Mode on, it will refresh every setting in the device and helps to fix any major and minor issues. Also, it will help to improve Move To IOS not working problem on iPhone and Android.

You should also check the storage on your iPhone to ensure that you have enough space to store all data from Android, including contact and media files. If your device is low in storage, you may get MoveMove To iOS not working 2022 issue.

If you have tried the above methods and anything did not work, then restart your iPhone and Android phone to fix Move To IOS not working. When you continue your device, it will remove unwanted junk files and refresh every setting of Android and iPhone. Hence, you can smoothly transfer your data from one device to another.

Switching to another Wifi, checking Move to iOS support, and turning off Airplane mode helped many users to fix Move To IOS not working issue. I hope it worked for you. If you know any other working solution, feel free to share it in the comment box.

TagsMove To iOS Not Working

Is the iPhone 14 waterproof?
How To Switch Wallpapers On iOS 16
Comment