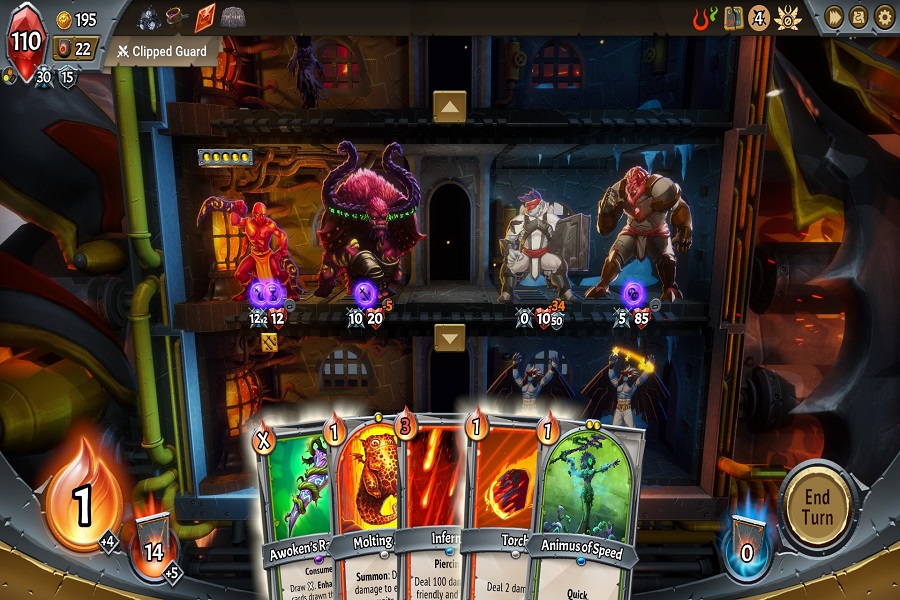 Featuring aspects of rogue like games, monster train is a strategy and deck- building game. It was created by the American design firm Shiny shoe. On May 21st, 2020, Monster Game was first made available on Steam. On December 17th, 2020, it was made available for Xbox One. Later, on August 19th, 2021, Monster Train First Class: A Complete Edition on Nintendo Switch was released. The popularity of Monster Train among its users grew so quickly that it was nominated for a 2020 Game Awards in the area of best strategy/ tactics games.

Monster Train is more than simply a card- battling game; it’s also about trains, monsters, and basically hell. In Monster Train, you take command of a train that moves through a dangerous fantasy world. The centre of the train, which has three independent floors, represents your game’s end. As a result, you will have to deal with adversaries on each floor and juggle three simultaneous conflicts. Every run in Monster Train requires making a number of tough choices regarding where to place your soldiers, which relics to collect, and which cards to discard. In order to assist gamers in achieving their first significant victory in Monster Train, we have put together a brief primer on some of the more crucial choices.

Monster Train has already made its mark on the PC and is now prepared to do the same on iOS. A release date for the immensely popular deck- building roguelike Monster Train’s iOS version has finally been determined, and it’s just two weeks away. Gamers will finally be able to take this incredibly distinctive and well- liked journey with them on October 27th 2022. Pre-orders are now live from the publishers of Good Shephard Entertainment, so you can get a head start.

users can pre order monster train from app store for just $9.99. The Last Divinity DLC for Monster Train will be available as an in- app purchase for iOS in addition to the original game. Currently, Monster Train is playable on PC, Xbox, and Nintendo Switch and soon to be released on iOS as well.

monster train is up for not only iOS but it will also be releasing on Android as well. pre order for android version has not yet begun but it will soon be available on Play Store.

All the iOS users out there, brace yourself, as of 27th October 2022 you will be getting Monster Train game officially on your App Store. Just few days and you will be enjoying all the fun task of this game. To get a premium version of this game you need to get all the inn app purchases, and if you will it is definitely worth the to install the game on your iOS device.

How To Change Clock on iOS 16 Lock Screen?
How to change the wallpaper on iOS 16?
Comment