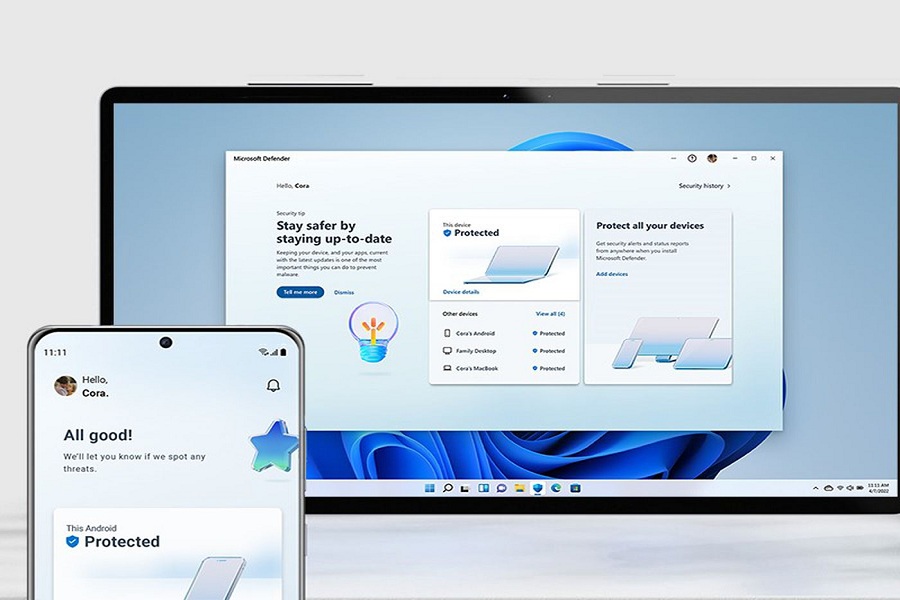 Microsoft today introduced a new security tool which is aimed at simplifying our personal device security. Microsoft Defender for Individuals puts many security components into a single dashboard. Let me offer you an example: the program may highlight the security features of some of the best antivirus software, such as Norton and MacAfee, which I am sure you have heard of. Let’s dive into some additional specifics, shall we?

Microsoft Defender for Individuals is now available from Microsoft. The service is now accessible for Windows, macOS, iOS, and Android devices. To use Microsoft Defender, users must have a Microsoft 365 Personal or Family subscription. Microsoft Defender safeguards our devices and gives security recommendations to help us close security gaps. It also delivers continual anti-virus and anti-phishing protection for data and devices.

What is a Microsoft Defender?

Why do iOS need Microsoft Defender?

If you are iOS users than you might be thinking that it is the most secure operating system and you don’t need any Microsoft defender but although iOS and Android are commonly regarded as “closed” systems, they are nonetheless vulnerable to assaults from web-based sources. Most businesses believe that Windows machines must have some kind of antivirus and antimalware solution in order to be deemed secure. However, very few enterprises consider iOS and Android to be systems that require threat protection. It could be a more secure option for you to get Microsoft defender for iOS in my opinion.

Microsoft Defender for iOS safeguards against phishing and other potentially dangerous network connections from websites, emails, and applications. All alerts will be available through a single pane of glass on the Microsoft 365 Defender website. The portal gives security experts an effective quality of risks on iOS and other platforms.

To ensure your devices’ safety, the new app includes security alerts. If you don’t have an iPhone, you may view Microsoft Defender’s cybersecurity suggestions on your Mac or Windows PC.

Given that each supported platform already has its own built-in array of security measures, the app is unlikely to be of much use to most consumers, at least in its current form. On Android, Google Play Protect already analyses installed applications for malicious code, whereas Apple has Gatekeeper and XProtect on the iPhone, iPad, and Mac. Still, it’s free for Microsoft 365 members, and Microsoft hopes the dashboard view will let families examine several devices for possible security issues at the same time.

The system requirements for Microsoft defender for is iOS is device running iOS 13.0 or later. iPads are also supported to Microsoft defender. Earlie iOS 12.0. and later was supported, but as of 31st March it was released that the minimum update version of iOS should be iOS 13.0. to support Microsoft Defender for Endpoint.

When will Microsoft Defender for iOS be available?

Microsoft Defender will be available today, 16th June 2022 for Microsoft 365 Personal and Family members, with functionality varying depending on platform. There is no antivirus protection for iOS or iPadOS, for instance, and the app instead offers some web phishing protections as well as a dashboard with notifications for other devices.

Running any third-party endpoint security software on iOS with Defender for Endpoint may result in performance issues and unexpected system malfunctions.

Can I Download Pokémon Go Spoofer iOS Free in 2022?
Agneepath Recruitment 2022- How to Apply On iPhone or Android?
Comment