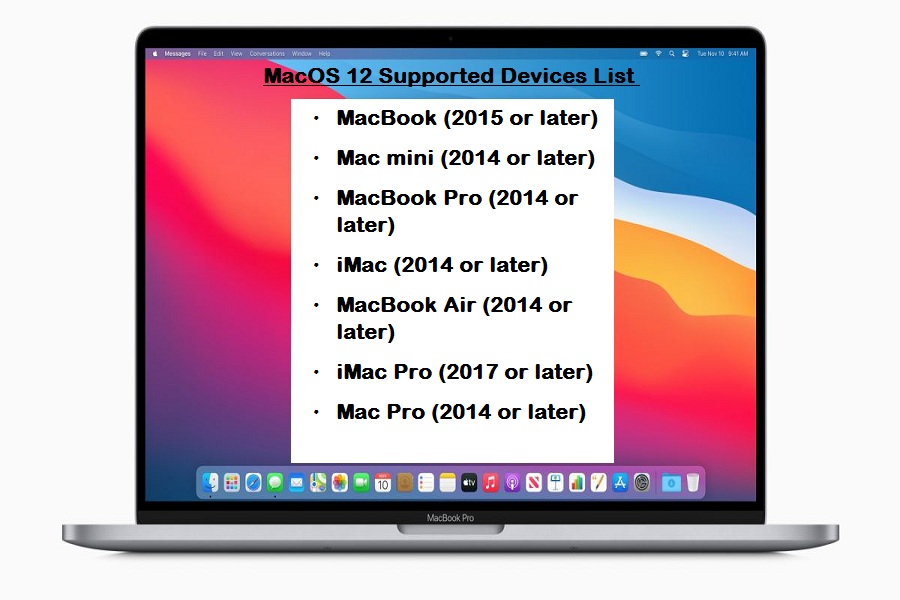 Do you have a device that supports macOS 12? Do you want to test the new macOS 12? When will macOS 12 releases? For a couple of months, people are really keen to see the final answer to these questions.

Apple’s WWDC 2021 event is finally here, and early birds will be able to download and install macOS 12 on their Mac. At the WWDC event today (June 7), Apple will release the most awaited macOS 12 from Apple’s campus in California. The event will start at 10 am PDT today, where the company will announce iOS 15, iPadOS 15, watchOS 8, and tvOS 15, along with macOS 12.

How much RAM and Free Space require to install macOS 12? People praising the Apple M1 chips is the perfect time to release the next-generation macOS 12.

Last Of Devices That Will Be Compatible To macOS 12

What Is the Release Date Of macOS 12 Developer and Public Beta?

At the WWDC 2021, on June 7, Apple will release the first macOS 12 developer beta for developers and the macOS 12 Public beta by the end of June or the first week of July. The final version may land for every in September or October.

Talking about the features, the company could implement a replacement that allows for easy access to shortcuts. In addition, a similar collection of shortcuts in the menu bar or a pop-up window may help compensate for the Touch Bar’s absence and ensure a seamless transition away from it.

Apple could redesign the interface something like they did in macOS Big Sur. As people liked the Big Sur, we may see new interface icons that are more in line with iOS and iPadOS.