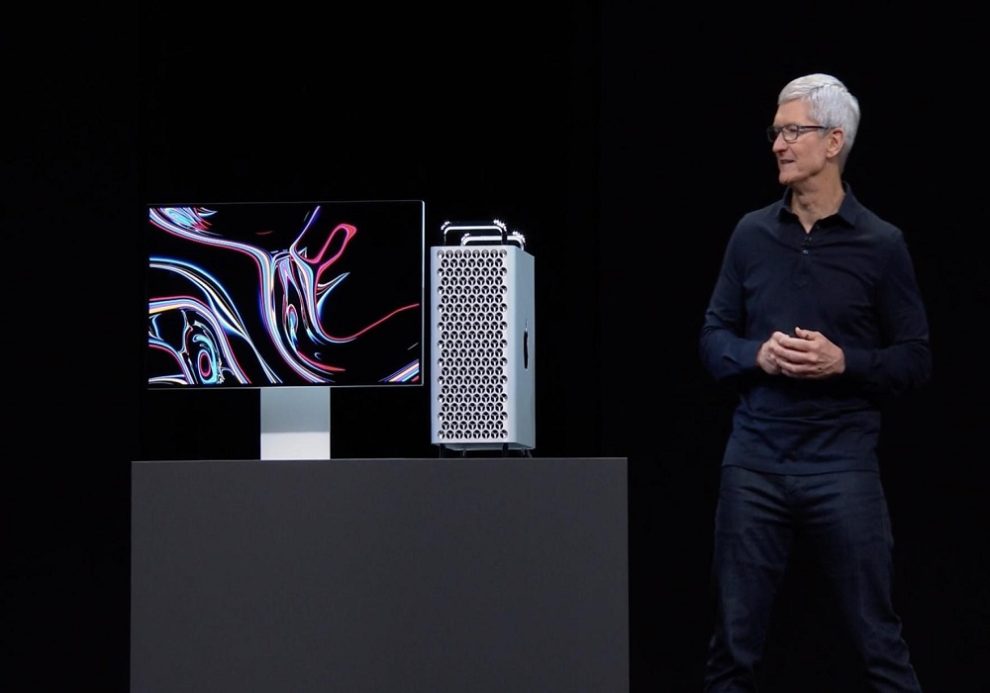 Every time Apple comes with the innovation and technology that beat the gadget world, something Apple did on 3rd June 2019 by introducing the most powerful machine ever in Apple history Mac Pro. There is no point found so far which can downsize this Apple Mac Pro, the look, style, color, technology, built-in material or any other thing. It is the impossible technology that Apple made it possible with some extraordinary features of Mac Pro and that’s we will discuss in this article.

The central to the Mac Pro design is a precision of stainless steel space free. There are also functions as handles and feet. It is the structure frame architecture foundation design for “absolute flexibility” and “uncompromising utility”. The space frame provides the 360-degree access to the interior as well as a mounting point to the multiples verity of different components.

The display magnetically attaches to a stand which is made from a single solid aluminum extrusion. It is the precise mechanism in the arm which is counterbalances the display to deliver the proper height & angle adjustments. This display angle arm feels almost weightless and can be adjusted by anyone with bare hands.

The Mac Pro display allows for even greater adjustability which works in both Portrait & Landscape orientation and even does not disturb the backports.

For many pro workloads graphics performance is critically very important so Apple created a new graphics architecture which is The Mac Pro Expansion module or MPX module (Up to 12 Thunderbolt 3 ports).

Mac Pro creates History: With the power of 2GPUs MPX module comes within the system becomes the world most powerful graphics card.

Mac Pro is designed to accommodate two modules up to 4 total GPUs:

It is programmable accelerator card:

Apple Afterburner boosts the performance of ProRes and PreRes RAW video to eliminating the need for proxy workflows.

Mac Pro also works on the performance of every component to maximize by a 1.4-kilowatt power supply, including advanced thermal architecture.

There are three large impeller fans that quietly channel air from the front to back. This air process works while a blower pulls heat from the memory. This system eliminates the need for fans on individual components by keeping a low level of sound which is remarkably best engineering.

The thermal system of Mac Pro is enclosed by an aluminum housing those sliders over the frame and completes the architecture. Its unique three-dimensional vents are machined on both internal and external surfaces.

What is the result of Aluminum Housing system: The resulting lightweight lattice pattern maximizes airflow while creating an extremely rigid structure. Apple Mac pro is pre-occupation with the utility and function that defines the design of this powerful machine.

The Stainless steel handles and I/O ports are easy to reach with the optional wheel helps enable complete access while also making it easy to move between workspaces.

To complement the capabilities of Mac Pro, Apple created an equally uncompromising new display which is Pro Display XDR.

It has the 32-inch display with edge to edge panel is housed in a machined aluminum uni-body enclosure. It is the same unique & functional lightweight lattice vent pattern which allows the body to acts as a heat sink for the system.

The display has the 20 million plus pixels which deliver extreme dynamic range. This makes the Mac Pro display XDR the first 6K Retina display on today world.

The backlighting system includes a large array of blue LEDs which works are to generate the exceptional brightness and modulate independently based on the content.

This system is literally shaped and controls the light, by achieving industry-leading brightness. Mac Pro display has the dramatically reducing blooming 1000 nits sustained and 1600 nits’ peak.

In addition, it has the P3 wide color gamut’s 10-bit color with a remarkable contrast ratio of 1,000,000:1. Mac Pro display XDR also comes with a better off-axis contrast than any other LCD.

WHAT APPLE GIVE TO CHANGE THE WORLD OF TECHNOLOGY

The evolution of powerful computer with Mac Pro and Pro display XDR a unique system is defined by utility and flexibility. They both are the face of very powerful, new with highly engineered professional tools of Apple.