Home » Is iPadOS an Apple’s Brave Move to Turn iPad into Proper Computer? 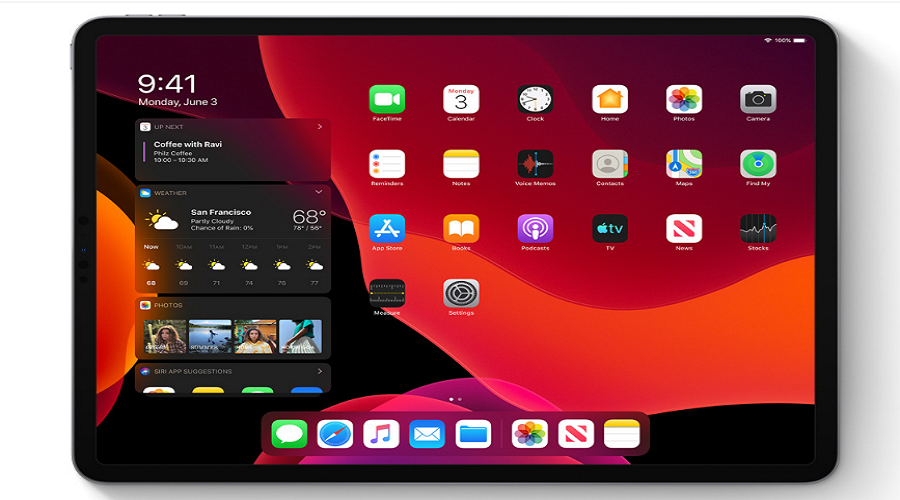 Apple announced iPadOS exclusively for iPad and it has raised several questions with it. One of them is, whether iPad and iPad Pro are ready to become the new proper computer thing with their own native iPadOS that Apple has been teasing. Now the iPad will not run on iOS just like the iPhone. Earlier critics used to say iPad is just an iPhone with a bigger screen and some minor changes. So keeping this mind, Apple has unveiled iPadOS for iPad. But could we say that with iPadOS, iPad and iPad Pro will cater functions like a proper handy computer or Apple has something else in its hat?

The features of iPadOS were revealed by Craig Federight, an Apple Engineer at the keynote of the WWDC 2019. We saw some exciting features are coming to iPad with iPadOS such as desktop-class browsing, mouse support, multi-window, all-new file manager app, switching apps with slide over, direct USB, SD Card, and Camera connectivity, and much more. Don’t we smell a computer here?

While announcing Tim Cook said that iPadOS is built on the foundation of iOS but it will be more potent on iPad. No wonder if some professionals may replace their MacBook with iPad Pro now. Well, currently iPadOS beta has been released yet, and if you open the settings on the iPad running iPadOS, you will see iOS 13, maybe because Apple will call it iOS before the final launch of iPadOS in the fall this year. Let’s see despite based on iOS, how iPadOS is more similar to Mac.

What the iPadOS has brought now

With iPadOS 13, Apple has brought many of the things iPad users were waiting for. The biggest among them was not mentioned in the keynote and we found it in the Accessibility in the Setting app. Now, iPad Pro would have mouse support with a feature called Assistive Touch. User can use USB as well as Bluetooth mouse. This alone is enough to say that iPadOS is turning iPad into laptops. User will also get a simple three finger gesture feature to copy, paste, and swipe three fingers left to undo. So you don’t need to double tap on the text and wait till a popup to copy, now it’s simple.

If we talk about the new home screen interface, it looks a desktop. Apple got rid of all the spaces between apps so you will get all your essential apps on the screen. But iPadOS will also let you keep widgets on the home screen so you do not need to find any other app on a different screen.

As we said earlier that iPadOS brings an entire new Files app and with USB connectivity you can import data from the USB drives directly to the Files. With iOS 12, iPad Pros are able to import data from digital Camera via its USB-C port, but it is limited to the photos (and they can only be imported to the Photos app). But with iPadOs allows you to import them to Files and can be used on all kinds of apps.

iPadOS has made iPad like MacBook without losing its identity. Users can now finally use Safari Browser in a desktop mode which will be more convenient to work as sometimes mobile version hides the key elements. iPadOS brings some prominent features of tablets that can make it an alternative to laptops.

Now, Apple lets you have multiple split view windows which mean you can open one window of any document and compare it with another one without switching windows. You can also view two documents open in the same app on both opened windows.

Some similar significant changes have been noted with the iPasOS’ slide over windows feature. It allows users to access multiple slides over windows through an interface which is similar to the app switcher on the iOS and users can easily swipe between them with the bar under their every window.

Apart from all we have discussed above, Apple has brought various other changes. Now, the latency of Apple Pencil has been improved from 20ms to 9ms and this will make it more like a regular pencil or pen. Zip, Unzip support for iPad is coming. Folder sharing in iCloud, custom different fonts for each app and many more features are coming with iPadOS. These features are definitely making the iPad more powerful than ever before.

From all the detailed revealed at the keynote of WWDC 2019, we can say that iPadOS will definitely change the way we look at and use iPad in the next years. It’s the biggest upgrade to the iPad ever and it would be loved by users who want to use the same device for working at a desk or while lying on the bean bag.

But still, users who prefer “butterfly” keyboard over stiff typing, for them iPad will not be of more use with iPadOS. With some lacking thing and keeping things as it is like tablets, it is too early to say that iPadOS will make the iPad as an alternative of MacBook.

The Major Bugs and Issues in iOS 13 Developer Beta You Should Know
Apple Watch’s New Feature “Cycle Tracking” with watchOS 6: Everything You Need to Know
Comment