Home » Is Ableton available for iOS? 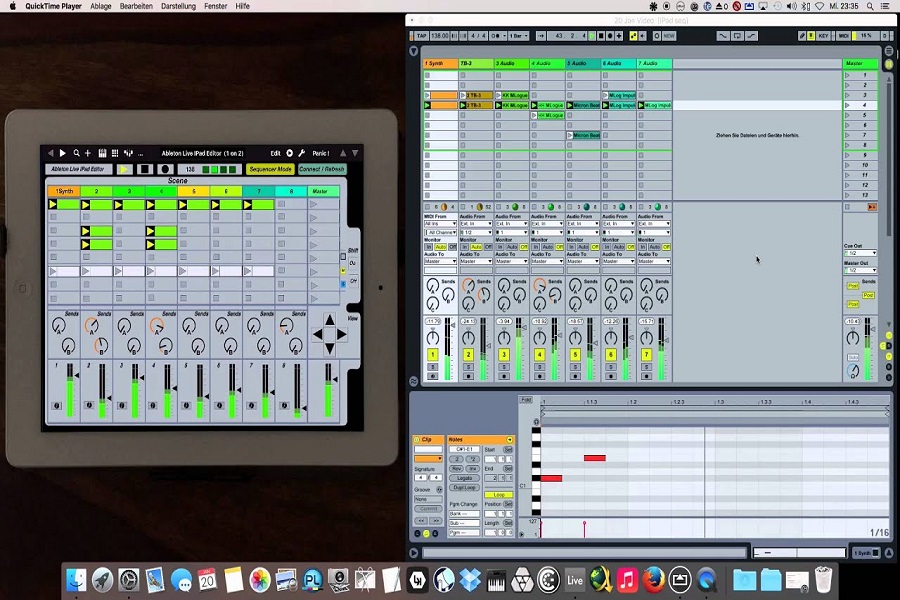 Ableton has recently released Note, their very first iOS app. It was released alongside Ableton Live 11.2.5 with support for Ableton Cloud. Users will now be able to leverage the said app to sketch their creative ideas on their iPhones or even iPad.

If you have ideas that hit you out of nowhere and you are sitting there confused about where to take note of that riff, Ableton Note is going to make that process a lot easier. The new Note iOS app is a mobile version of Ableton Live.

The fact that Ableton has named this feature or app “Note” is a testament to its features and functionalities. It has been developed as a way to note things down as a reference to semiquavers.

According to the developers, users can think of it as a scratch pad but for the random burst of ideas that hit them out of nowhere. The ideas you jot down on the Notes app can later be picked up on Ableton Live when you switch to the PC.

Most first-time users of Ableton’s Note app suggest that it draws a lot of inspiration from Ableton’s Live desktop DAW.

In Note, the users will get access to eight tracks each that further support eight clips.

So, even if you start your musical creative journey and scribble random ideas on Notes, you can later transfer them to Ableton Live and further proceed with the production as normal.

Another unique feature in Note that’s worth exploring is the flexibility to choose different music samples to include. It works with an external microphone, meaning that you can add a manual sample to the mix as well to further enhance the tune you are working on.

Finding a true DAW for mobile is farfetched and quite an ambitious reach but looks like Ableton’s Note is bridging that gap pretty effortlessly. Also, its seamless integration with Ableton Live is another reason why this app is quickly becoming a public favorite.

How To Set Up Voicemail on iPhone 14?
Can You Get Live Wallpapers on iOS 16?
Comment