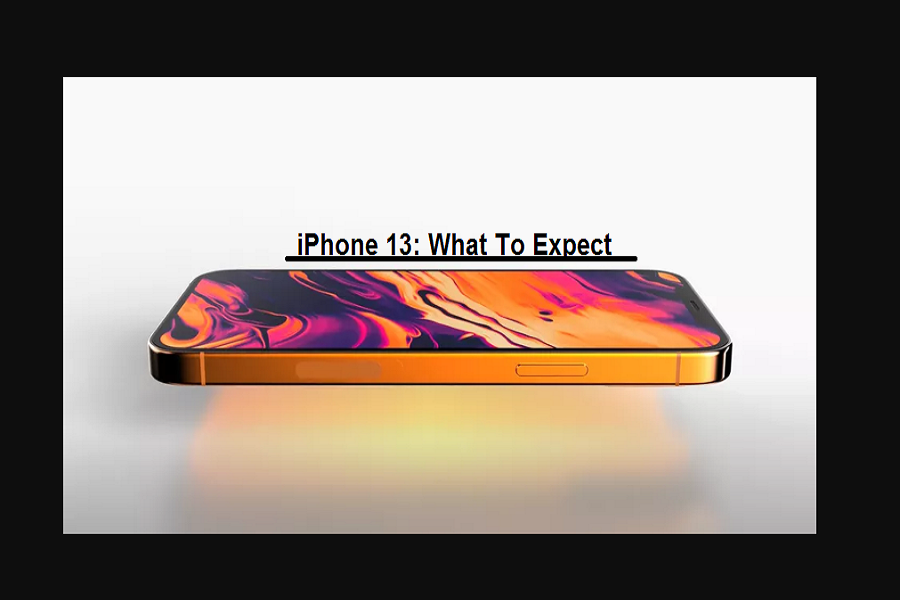 It is no longer news that Apple once again is upgrading on the latest iPhone 12 by producing the iPhone 13 version – this is coming with some improvement over the iPhone 12 that is still the toast of many. Feelers have it that it’s coming with a robust 5G connectivity, better camera output, amazing 120Hz screen refresh rate, better battery power, and some tweaks on the existing features.

Interestingly, it is expected to be officially out by the third week of September 2021. So, for now, its final name is yet unknown due to some reasons – it could be launched under the iPhone 12S family or just maintained the iPhone 13 tag.

For this review, the iPhone 13 series shall be enumerated under the following headings;

iPhone 13 What To Expect

One of the leaked design rumors of the iPhone 13 device shows more thickness than the iPhone 12 series – making it lose its portability and also could take its fancy from it. Besides, the thickness of both the iPhone 13 and iPhone 13 Pro would make it accommodate a larger battery.

Another noticeable tweak to the design is the camera bumps – it is expected to be one sheet of glass overall lenses. Before now, the camera bump usually has separate bumps for each lens but that is changing now

Also, there is a bit of tweaking on the notch content – which reveals the relocation of the selfie camera from the right to the left and the earpiece moved to the bezel. A look at the colors also shows some new additions.

Before now, it used to be white, black, green, blue, and red – feelers have it that bronze and mate black are two colors to be expected in the new iPhone series. Also, Apple might improve on its water resistance and durability.

The iPhone 12 series could last 30 minutes at 6 meters underwater – some improvement is expected in this area, though the iPhone is not designed for use underwater and the warranty does not cover this. Some have also suggested that Apple is set to a new coating system that will help to prevent the attraction of a lot of fingerprints.

Some have argued that Apple is about to do away with the charging port on the iPhone 13 to promote its wireless arrangement. But unfortunately, this isn’t going to happen now – Apple is still considering replacing the Lightning interface with the USB-C standard.

However, a report from Ming-Chi Kuo – an Apple analyst suggested that the USB-C standard is not as waterproof as the lightning – so, this might make Apple adopt an entirely new port-less design with MagSafe.

Recall that MagSafe was introduced to the iPhone 12 version for charging and connection of accessories. So, the introduction of MagSafe to the iPhone 13 would help in charging, data handling, CarPlay, and syncing to a Mac.

Interestingly, with Wi-Fi and Bluetooth – the wireless recovery mode will make users restore the iPhone from a Mac.

So, according to Ming-Chi Kuo – Apple is building something that will make people have access to the same 5G speed everywhere. The iPhone 12 is designed with 5G mmWave and 6GHz and unfortunately, the mmWave is only domicile in the United States on iPhone.

Therefore, with this new addition – Apple intends to expand the space by allowing more people the same access they enjoy in the U.S. 5G can deliver up to 3.5Gbps download speed. The good news is that with the acquisition of Intel’s 5G modem platform – Apple will introduce a custom modem but this won’t take effect until 2022. This however implies that Qualcomm will still be the modem provider for the interim.

Therefore, users should not expect new biometrics because of the already existing upgrade in IOS 14.5 which allows Apple Watch to automatically unlock iPhones. But the inclusion of the Touch ID will enable users without Apple Watch to unlock the device

It is expected that four variants of the iPhone 13 will be released to the marketplace. This might be differentiated by storage capacity – at the moment, there are 3 options 64GB, 128GB, and 256GB. The prices vary according to the storage capacity.

However, feelers have it that the storage spaces for the iPhone 13 might be something around 128GB, 256GB, 512GB, and with the Pro getting up to 1TB.

So, users should expect to spend more for the basic storage (128GB) while the price increases with the storage option. The basic price of the iPhone 12 is set at $829 – so, the iPhone 13 series is expected to take its place.

So, while the date of launching draws near – expect more leaks on the iPhone 13 series.