Home » iPhone 11 Pro Collecting Your Location Data Without Your Consent 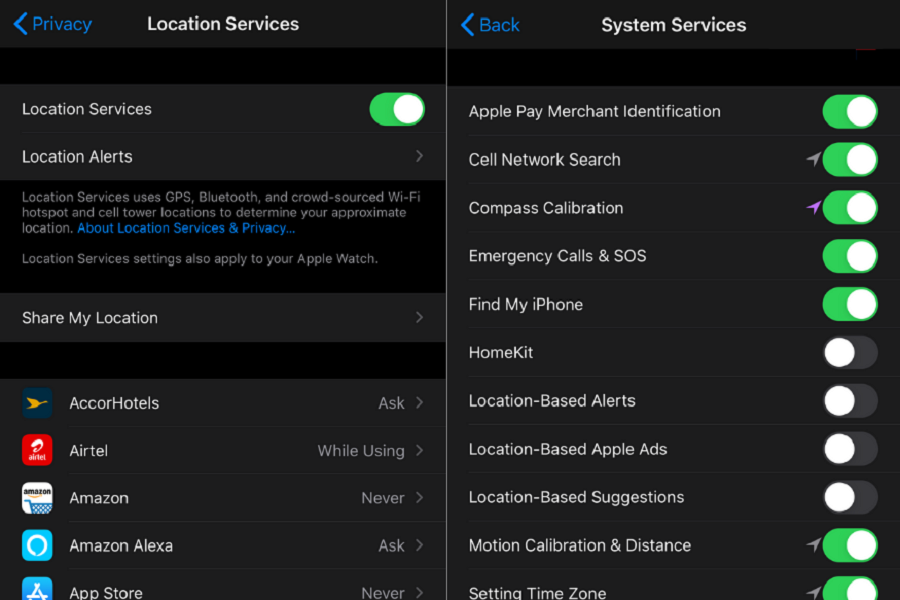 Apple always says privacy is the first preference of all Apple users as the company promise to always keep user’s privacy safe and secure. That’s why the company has released the most secured iOS 13 to make sure every iPhone user’s privacy is safe. But, recently, one of the YouTuber Brian Krebs claims that apparently Apple still tracks your location.

Yes, that’s the truth! the iPhone 11 Pro keeps pinging its GPS module to gather location data and doesn’t even hide it – the arrow in the notification bar appears shamelessly, according to Brian Krebs. But Apple’s Privacy policy says that “If Location Services is on, your iPhone will periodically send the geo-tagged locations of nearby Wi-Fi hotspots and cell towers (where supported by a device) in an anonymous and encrypted form to Apple, to be used for augmenting this crowd-sourced database of Wi-Fi hotspot and cell tower locations.”

But the video posted by Krebs shows that even after tapping off to every app on iPhone 11 Pro running iOS 13.2.3 and turning off date reception, the GPS of the device still pings a strange server when it is back online. That’s very unfair for all iPhone 11 Pro users.

After the week of Krebs complain, Apple responded that there is no worry and says “We do not see any actual security implications,” and also added “It is expected behaviour that the Location Services icon appears in the status bar when Location Services is enabled. The icon appears for system services that do not have a switch in Settings”

The company hasn’t talked much about it, but they are saying that iPhone 11 Pro or any other iPhone has some system that use your device location service even if you have turned off the location for all apps.

Still, we think that Apple always promised to respect user’s privacy, even its location or anything else as they have recently released the ad about iPhone user’s privacy is the company’s primary slogan.

Well, we are not sure about other devices to have the same problem or not. But for sure, Apple should take steps considering the latest buzz about the iPhone 11 Pro location sharing even if the feature is turned off. If you are also facing the same issue on other iPhones or iOS, then please do share your feedback with us in the comment box.