Home » Is It Safe to Download Apps from iOS Haven? What Should You Know About This Third-Party iOS App Downloader 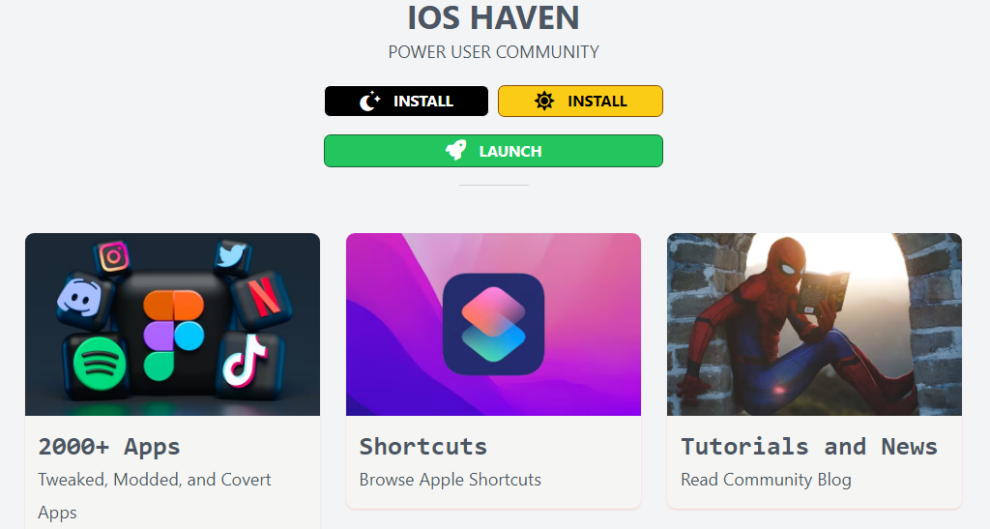 If you surf the internet, you will find several third-party app stores for iOS. However, even a single one of them is not authorized by Apple.

They offer hundreds of tweaked iOS apps, widgets, themes, shortcuts, and many such things. One such popular option among iOS users is the iOS Haven.

It is just like other iOS app downloaders such as Tutu App, Zodhelper, App Valley, and many more. In addition to tweaked apps and games, iOS Haven offers wallpapers, themes, and widgets.

Here, we will discuss whether iOS Haven really a safe haven to download.

How is iOS Haven Different from Other iOS App Downloaders?

Third-party apps like Tutu App and App Valley host different iOS tweaked apps that can be downloaded directly onto the iPhone.

At iOS Haven, developers all across the world submit their newly tweaked iOS apps. The collection of various iOS tools at iOS Haven exceeds 2000, which is much higher than its alternatives.

Along with these tools, enthusiastic iPhone users will also find news, updates, tutorials, and knowledge about iOS and jailbreak that are not findable on other platforms.

iOS Haven is totally free and doesn’t require you to sign up, but creating an account will get you advanced access to new features and other benefits.

iOS Haven is a third-party app store that offers apps that have been tweaked, with features removed and added, or apps that are not available on the official App Store.

The site makes finding these kinds of apps easy by categorizing them in many different ways. There you can find apps to extend your battery life, remove ads from media applications and more.

Here’s how I downloaded Instagram++ on my iPhone from iOS Haven.

Search for iOSHaven on Google and select the first site in the search results. Make sure you use Safari.

Here, there are several categories, and I chose “Apps.”

In the apps, I selected “Instagram++” to install. I got several ads when I tapped on the “Get” button. All you have to do is get back to the original page when you are redirected to the ad popup page.

Now the Instagram++ page opens. As soon as I hit the “Install” button, a new ad page opens. I got back to the same page again and hit the install.

A popup told me to delete the official Instagram++ page from my device, and I did that to try this.

But now what? There is a pop-up on the home screen saying “Instagram++ needs to be updated’ and there is another caption under it which says “the developer of this app needs to update it to work with this version of iOS.”

This clearly indicates that all of my efforts were in vain. Even if it had worked, I wouldn’t have logged in with my personal Instagram credentials.

I didn’t find downloading or side-loading tweaks and apps from iOS Haven safe at all. First, you have to deal with several ads, and then the app might not work.

As we stated, developers submit their apps to iOS Haven for trial, and it is possible that they never bother to update them.

So, I would not recommend downloading apps from iOS Haven. Stick to what Apple offers officially and enjoy the ride.

However, if you want to live on the edge, you can try these things at your own risk.

iOS 15.6 Problem: Camera Not Working on iPhone
How To Find Someone Else’s iPhone When It’s Lost?
Comment