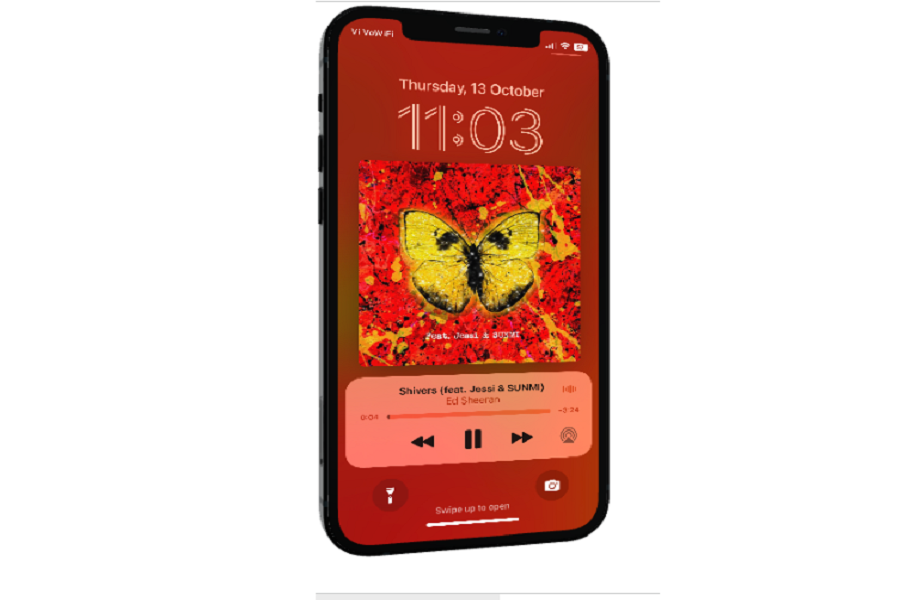 Listing to the favourite song while watching the full art of the track on the lock screen of the iPhone is so charming and refreshing. Thanks to the new iOS 16, users can make full-screen album art on the iPhone lock screen when they start playing the song.

A similar process will be followed to get Apple Music’s full music screen player on the iOS 16 lock screen. That’s how you can make Spotify full-screen on the lock screen of iOS 16.

Is the iOS 16 Spotify Lock Screen not working?

If the iOS 16 Spotify Lock Screen is not working on your iPhone, ensure that the Spotify app is updated to the latest version and that the Allow Notification option is on in the Spotify app settings.

Can you turn off the Spotify lock screen on iOS 16?

Similarly, you can tap on the giant banner or art of the ongoing song to turn off the Spotify lock screen in iOS 16.

Spotify lock screen feature is not disabled by default on iOS 16. You will have to tap on the small art of the song to get on the full screen.

Why won’t Spotify show on my lock screen iPhone?

Due to the older version of Spotify on iOS 16, you cannot show Spotify on the lock screen. So go to the App Store and install the latest Spotify app version for iOS 16.

It is so straightforward to make an iOS 16 Spotify music player on the lock screen of iOS 16 with a simple tap on the small art of the song. I hope you enjoyed the guide. Do share your feedback in the comment section. Don’t hesitate to ask for more help.