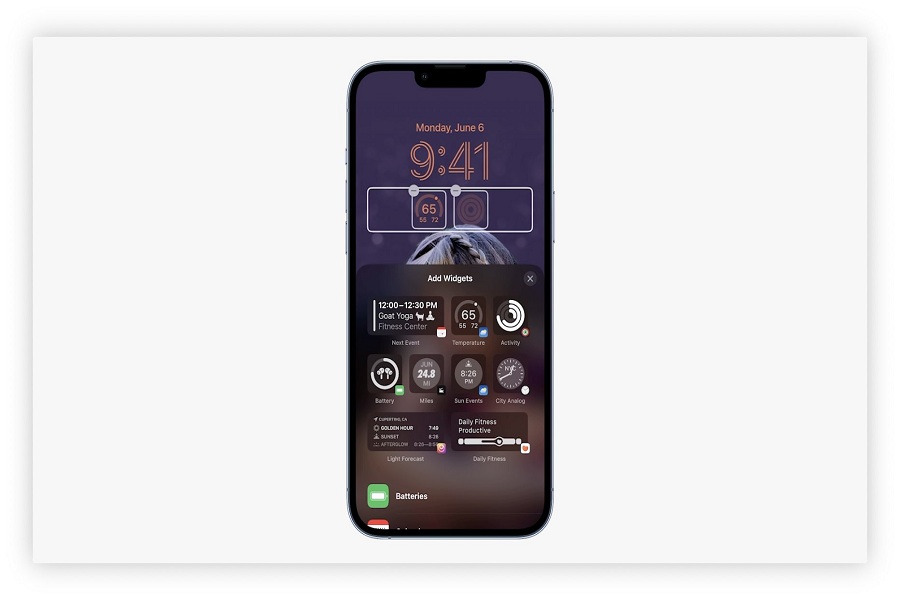 Apple’s newest eco-system, iOS 16, has a fantastic feature to flaunt the lock screen with some aesthetic wallpapers and widgets. Yes, you have heard it right. A couple of years ago, Apple introduced a widget, and now with the new iOS 16, the tech giant has taken this feature to a new level by allowing users to add widgets to iPhone’s lock screen.

When iOS 14 was released, the system only allowed users to add widgets on the iPhone’s home screen. But now, the iOS 16 has more widget customization features like Samsung’s Always-on Display feature. Along with the new and dynamic lock screen, you can add multiple widgets to the iPhone’s lock screen to take a glance at some apps via widgets on the screen without unlocking the device. Since iOS 16 is new, many people are unaware of which widgets are available for the iPhone lock screen on iOS 16. Let’s look at the best iOS 16 widget for iPhone lock screen.

Although iOS 16 shows the default clock on the lock screen the iPhone. A clock widget is available for that geek who wants to track clocks of different countries and cities. This widget comes in one rectangular and two square shapes. Users can set the widget according to their choice.

To keep track of how many calories you have burned in the last hours or minutes, iOS 16 has the new fitness widget to show every move, excise, and stand on the Activity rings graphic.

If you use the Home app, you can benefit from Home widgets by showing two widgets that display any indoor climate sensors; one says any lights and switches, and another informs you of any security issues.

Suppose you want to keep your eyes on the weather throughout the day. In that case, Apple has the special Weather widget for iPhone users to see moon events, sun events, conditions, location, rain, air quality, UV index, and wind on the Weather widget on the lock screen of the iOS 16 device. You can also see current weather and moon event in the larger widget.

Apple’s iOS 16 update is still in beta form. We may get more iOS 16 lock screen widgets after publishing the public beta and final update. Did you see any new widgets? Which widget do you want to see for the iPhone lock screen? Don’t hesitate to share your feedback in the comment box.