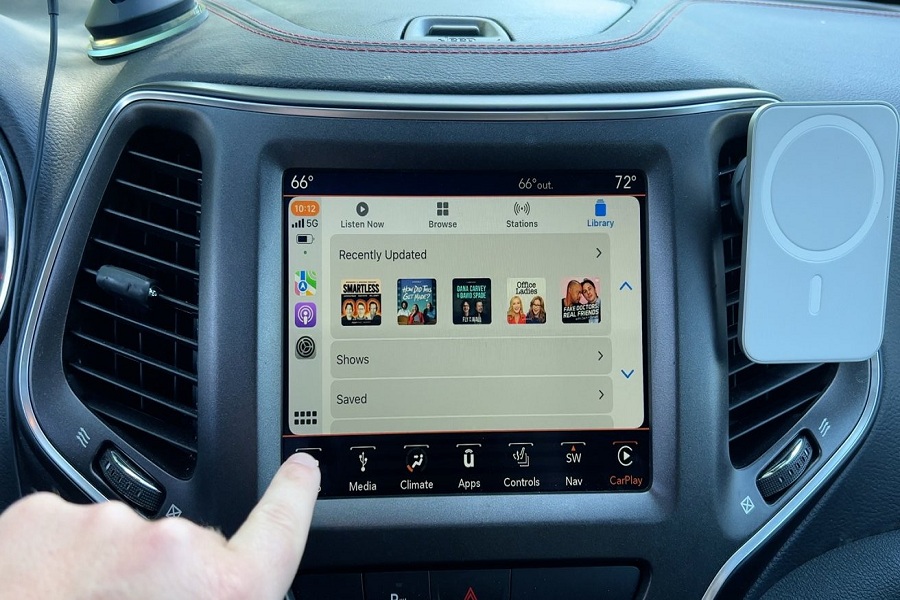 If you followed this year’s WWDC keynotes, chances are that you know how Apple emphasized their new feature of CarPlay for the iOS 16 OS. However, the best part of the process is that Apple has announced a host of amazing changes – some of which will be immediate and a few others will come down the line in the future.

Ever since the announcement of the iOS 16 at the WWDC event recently in June, Apple has only issued the initial developer beta version of the operating system. So, some of the features that are currently available in the beta version might change and evolve in the final version.

However, one of the standout features of iOS 16 that most of the users are looking forward to is the iOS 16 CarPlay feature. Here’s everything that you need to know about the same.

Introduction of Improvements to the Existing Apps

The biggest breakthrough with the iOS 16 OS is the fact that it will introduce a range of improvements to the existing CarPlay apps.

When it comes to the Messages, Siri is not improved to give back a reply automatically once the incoming message has been read to the user. In the previous version, Siri needed an affirmative confirmation from the user to send the message. This won’t be the case any longer.

Also, in case the user doesn’t want to send the curated message by Siri, there will be a “change” button to switch up the reply before sending it forward.

Besides Messages, even the Podcasts app will get a revamp with the new iOS 16. Apple is all set to turn out and overthrow all the limitations that were restrictive before.

Another inclusion to the iOS 16 CarPlay feature is the list of supported apps for the feature. From navigation to audio apps, CarPlay will not support a variety of options that are available in the interface.

Besides this, the fueling and driving tasks are also going to be compatible with iOS 16. However, this could change by the time the official version of the iOS 16 is available to the public.

There will be a wide range of access to the driving task apps. These apps will streamline a user’s driving experience and enable them to sort out their driving experience with easy navigation and towing assistance if needed in the future.

Like most of the other associated features that the iOS 16 will bring, the CarPlay functionality is getting a breakthrough as well.

CarPlay is expected to be viewable on all the compatible car screens by 2023. However, you need to realize that this is a feature that’s currently in progress. Currently, CarPlay is available in the primary center console display and offers navigation guidance.

However, shortly, the same will be available across all the dash displays that are available in the car. This is expected to streamline the user’s driving experience further.

Adding to the new look of the CarPlay, the users need to look out for the instrument cluster, which is filled with a range of customization tools. Also, there will be large and wider displays to accommodate more widgets and make it a more permissible app.

Apple will also include a feature wherein the users will be able to control their car’s varying systems from the CarPlay interface. From being able to adjust the AC to turn on the seat vents, it will likely include it all.

However, there is a list of the “most advanced” features that are currently in the works and will be announced in the cars by late 2023. The list of compatible cards might be announced by that time as well.

Currently, iOS 16 is in the developer beta stage. So, what kind of features, even with the CarPlay specification comes up, is a factor that the users will have to wait until the official availability of the iOS 16 OS to all the compatible iPhone users. It is likely going to be available by September 2022.