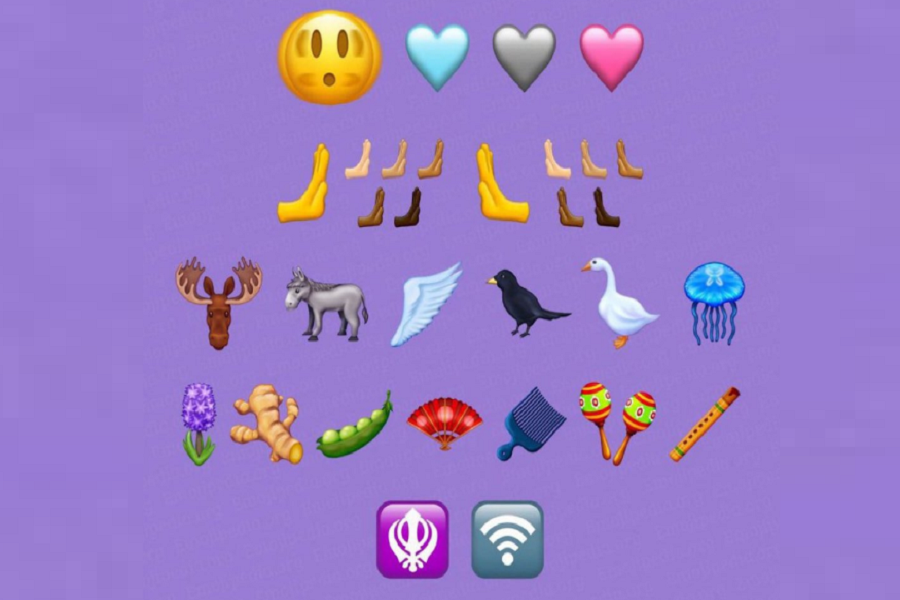 Emojis in general have become an important part of our online communication. Whether the emojis belong to the Android family or iOS, it still stands out.But when it comes to iOS there are various emojis that express feelings and emotions and have emojis from various fields, Android is still left in this competition of emojis. Today Apple released iOS 16.3 update with new features, and there are rumors that we might also get some new emojis with iOS 16.3 update. Let us take a look at iOS 16.3 new emojis and see whether the rumors are true or not.

On smartphones running the iOS operating system, they are graphical representations of feelings, things, and concepts that can be utilized in texts, emails, and other types of online communication. These little graphics have the ability to communicate feelings or concepts that would be challenging to describe with language alone, and all thanks to these emojis texting could never be easier.

Apple offers a huge selection of emojis for various occupations, skin tones, hairstyles, and more. With each release of iOS, Apple updates the emojis. Users are able to express themselves in a more inclusive and varied manner because of this.

As mentioned above Apple updates the emojis with each release of iOS, lets us see if it’s true for this time as well. So today, Apple released iOS 16.3 update, and there are rumors going around that we are getting new emojis with this release. Currently, there is no official news nor any mention of the new emoji release anywhere, and there are no new emojis that are located after iOS 16.3 update on any device. There is the most awaited pink heart emoji, panic face emoji, wings, swan, jellyfish, ginger, fan, peas, flute, Wi-Fi symbol, etc. These are some of the new emojis that are going to be released soon but not with iOS 16.3.

Are there any new emojis with iOS 16.3 update?

On an iOS device, open the keyboard and press the “globe” or “emoji” symbol to access the emojis. Then, you may choose the emoji you wish to utilize by looking through the various categories. In order to locate a certain emoji quickly, you may use take advantage of the search option.

How can emojis be useful?

Emojis are increasingly used in a variety of media, including social media postings and advertising, due to their increasing popularity. Emojis are frequently utilized in branding, marketing, and advertising efforts. They have developed into an important tool for companies looking to engage with their target market and convey the essence of their brand.

It will be fascinating to watch how emojis are utilized in the future as technology develops. But for now, let us focus on the current iOS 16.3 update. Let us know in the comment box down below if you found any new emojis after you updated your device to iOS 16.3 and what new emojis are you expecting.