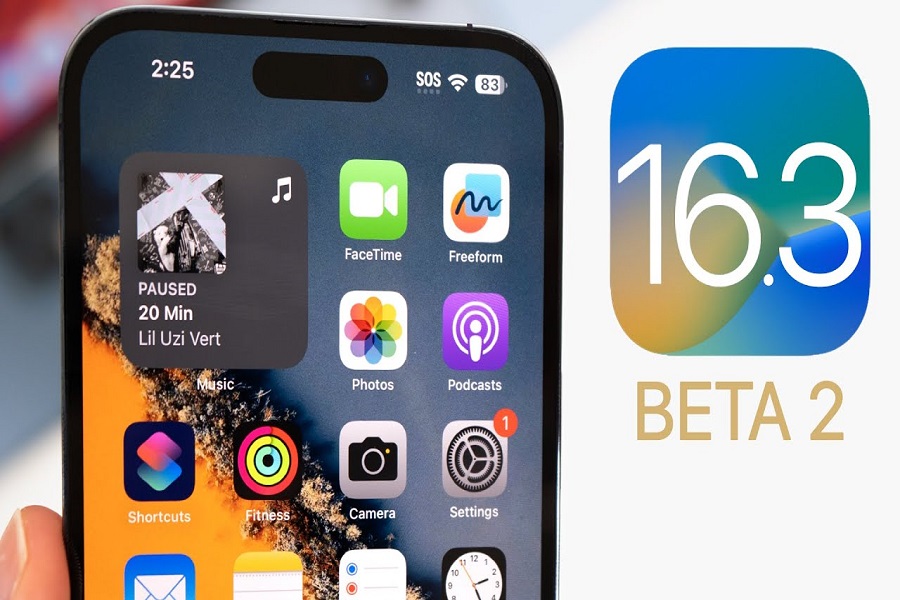 This update includes some improvements to the Emergency SOS function for the newest iPhone 14 models, as well as some minor Music tweaks. This updateincludes a modem upgrade, which is intended to enhance connection and call quality, among other things.

. This update also adds Apple’s new Security Keys feature, which will allow you to utilize physical security keys on your iPhone and other devices.Talking about this new feature, we could have the ability to use physical security keys to protect Apple IDs. This feature was already released with iOS 16.3 beta 1 but iOS 16.3 beta 3 just adds a bit more value to this feature.You will have an actual hardware device that you may configure to function as your account’s second tier of two-factor authentication.

Apple maps will also see some notable changes. Apple maps have now upgraded with a new feature that included a parking option. The parking option in Apple maps is only available in a few cities, so users around the world have to wait a little more to get this feature on their iPhone devices.

This change can only be accessible with the iPhone 14 models which support the dynamic island feature. The outline for dynamic island activity on dark wallpaper has been modified further, and the outline is now hardly visible making itborderline more invisible.

Emergency SOS has also some changes, though it is minor. Call with hold and release, call with 5 button presses went through some wording changes in this beta 2 of iOS 16.3. we also have a new option of call quietly, it says that if you start an emergency call using the gesture above warning alarm and flashes will be silenced.

As far as the notes or release, Apple has not given any information, in fact, there are no new release notes listed for this beta version. There are also no new major bugs has been reported so far. Let us see where Apple takes us with this update.

That’s it, folks! These are basically all the features that we recently got our hands on. If you find any other features in iOS 16.3 beta 2, do let us know in the comment box down below.

How To Turn on And Use Action Mode on iPhone 14?
Apple TV Remote Volume Not Working 2023
Comment