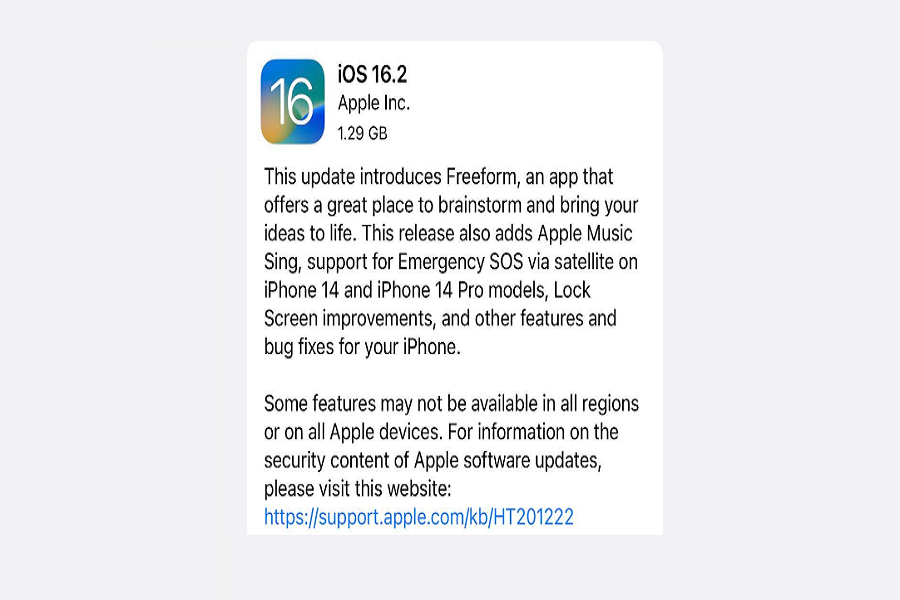 You’ve finally chosen to install iOS 16.2 on your iPhone after much deliberation. However, as soon as you begin the process of installing iOS 16.2 on your iPhone, you will see a notification stating that iOS 16.2 is stalled on preparing an update. When this happens, it is really inconvenient. This isn’t only occurring with your device; many other people have complained about it as well. It is a little disappointing from Apple’s side, but we have a few fixes for you to try on when you get the message iOS 16.2 is stuck on preparing an update.

Reasons your iPhone might be stuck on iOS 16.2 preparing update:

Before you worry, there are a few things you should think about that might be the reason your iOS 16.2 is stuck on preparing an update. The most typical explanation is a Wi-Fi issue; if you are not connected to a good Wi-Fi connection or are unplugged from Wi-Fi in the middle of the update, your iOS 16.2 may become stuck in the process of preparing the update. Indeed, there may be some disruption during the download process. Another possibility is that there was an issue in the last version that caused some of the files to crash while you were updating your software to iOS 16.2.

How to fix “iOS 16.2 stuck on preparing update”

you need to have enough storage capacity to install iOS 16.2 update. Go to the settings app > general > about and check the storage space left on your device, you need to uninstall a few applications to make more space for the upcoming update.

If there was an interruption from your side then the update might get stuck, and if still it is stuck on preparing the update then you can try to redownload it again. First, you need to delete the previous setup by going to the settings app > general > iPhone storage > iOS 16.2 file > delete setup file. No go back to your software update and then start the installation process from the beginning.

Restarting your iPhone whenever any hurdle comes has now become a thing. But it actually works. Restarting your device gets rid of most all the bugs that have been causing the issue in the installation process.

if you are coming from the beta version to the iOS 16.2 official public update, then you might be having certain issues since the beta version is very unstable and can cause certain problems. So, it is better if you removed the beta version and then start the process of installing iOS 16.2

Remove any VPN software or apps that may jeopardize your device’s security against Apple’s privacy. Since VPN changes the location of your servers, it might be the reason that your iOS 16.2 is stuck on preparing updates for so long. To be safe remove the VPN profile and disable it on your iPhone.

Because the system is overwhelmed with update requests, and your turn is further down the list. As a result, you will have to wait longer than usual for the update installation. Also, you may check the Apple server status page; if a red mark appears on a page in front of the service, we should have to wait for the apple service to return to normal.