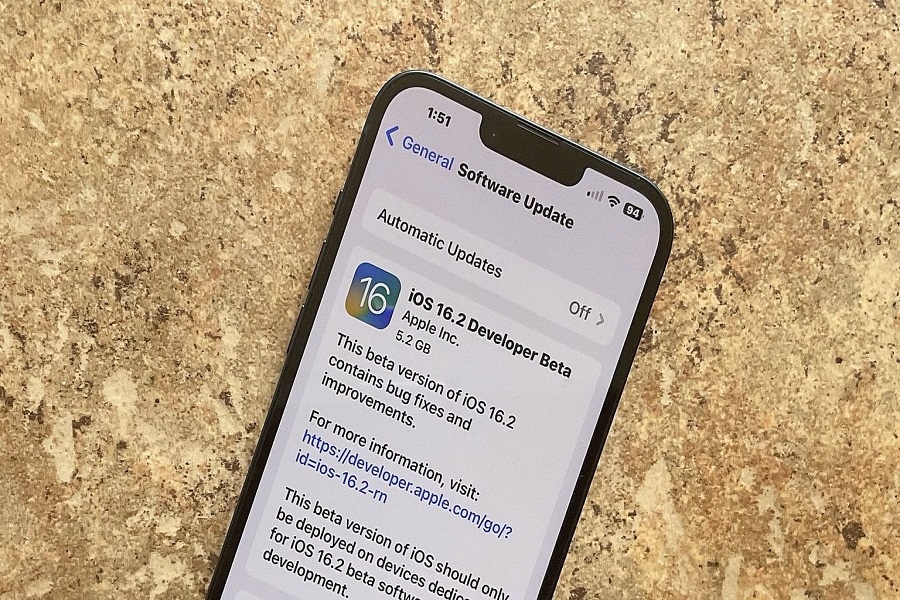 Apple’s software update is often used to improve the performance of your iOS device. We all know that Apple just published the iOS 16.1 software upgrade, and the next day, Apple released the iOS 16.2 beta version to the public. This is gaining more attention than usual since, only a day after the release of iOS 16.1, the beta version for the following update is available, which is quite regular in terms of updates. In addition to iOS 16.2 updates, Apple published watch OS 9.2 beta 1, iPad OS 16.2 beta, Mac OS 13.1 beta 1, TV OS 16.1 beta 1, and homepod OS 16.2 beta 1. All of these upgrades are now available for download.

iOS 16.2 beta is almost 5 gigabytes, it is very large to install since you are going from a normal version back to a beta. The build number for iOS 16.2 beta is 20c5032e.

What are the features of the iOS 16.2 software update?

IOS 16.2 will bring its users another set of new widgets for the lock screen. Apple has released four new sleep widgets that has been categorized as Data and Schedule while other widgets are categorized under Sleep section.

The first provides two widgets for determining how long you slept, and the other provides a more visual depiction, including when you went to bed and when you awoke.

Users will be getting the Freeform app pre-installed on their iPhones with iOS 16.2 update. This app was previewed by Apple during the WWDC event in June. It is a very useful application and is used as a whiteboard where people can work on their ideas. This app is basically a collaborating tool, it allows its users to work together on a whiteboard, and you can write notes, share files, videos, images, and many more. Some of the users noted a few bugs in the beta version, Apple is currently working on it and with iOS 16.2 official release, hopefully, the bug will be resolved.

live activities came in with iOS 16.1 update, and with iOS 16.2 users will be getting some new improvements to this feature. Live Activities may ask to request updates at a shorter duration, increasing the frequency of alert updates. However, that feature does not appear to be available in iOS 16.2 Beta 1. But we can expect it in iOS 16.2 official update release.

Pro motion display is for pro models only, iPhone 13 Pro and iPhone 14 Pro models which have 120 Hz displays will be getting a performance boost. According to Apple’s release notes, animated layout changes can now occur at 120Hz on ProMotion displays.

What is the release date of the iOS 16.2 software update?

Currently, iOS 16.2 beta has been released for users to install and get the advantage of it ahead of its official launch. Apple has not yet confirmed any official date regarding the release of iOS 16.2. iOS 16.2 beta might be in the market for a longer time than expected.

The latest iOS 16.2 update has received overwhelmingly positive feedback from Apple consumers. One thing we can’t disagree with is that Apple has been quite generous with its updates and enhancements, implying that it will give the next compatible iPhones even more goodies, including the iOS 16.2 update and many more. Users can install the iOS 16.2 beta version, which is now available for download, until the official release of iOS 16.2 to the public.