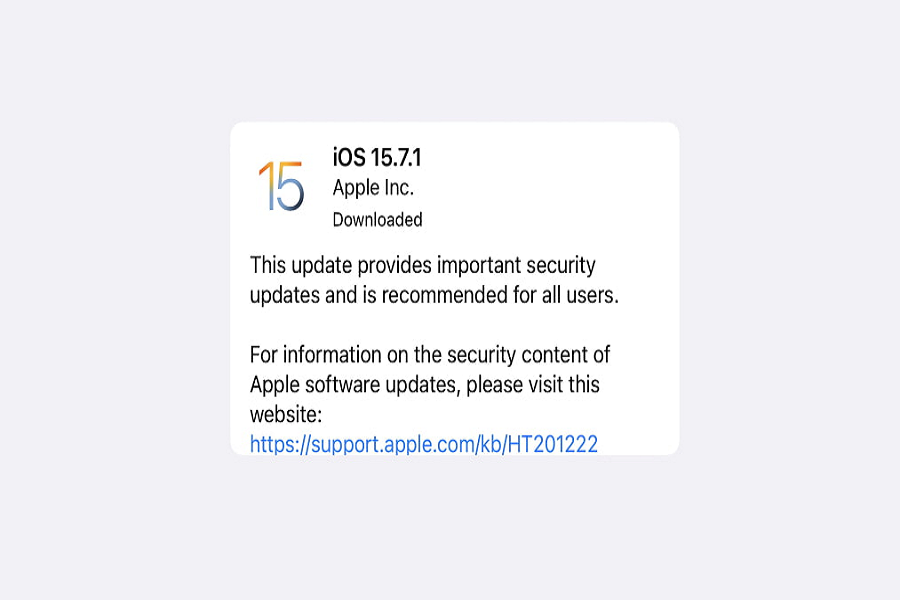 For the users who are still indecisive about updating their iPhone to iOS 16, here is some good news for you! Apple is not pulling the plug on the iOS 15 software update just yet. Users will still be receiving iOS 15 software update versions to all compatible iPhone devices. Currently, Apple has released iOS 15.7.1 along with iPadOS 15.7.1 to its users.

IOS 15.7.1 mainly contains security updates and patches rather than any new features or bug fixes. To know what is new with iOS 15.7.1 click on the link given below.

IOS 15.7.1 is compatible with almost all iPhone models from iPhone 6 series to the iPhone 13 series. So, if the users are not planning on installing iOS 16 just yet and are waiting for Apple to release a much more stable version of it, till then they can run their devices on iOS 15.7.1. Many of the users are confused about whether or not you should update to iOS 15.7.1 or remain on the previous iOS update. It might be a hard decision for some, but in order to get the answer you need to take notes of what Apple is offering with the iOS 15.7.1 software update, and if instead of getting fixes it creates more glitches.

According to a report, users should upgrade to iOS 15.7.1 as soon as possible since the update fixes known security flaws that might put the user in danger.This update is regarding the following security patch: Apple Neural Engine, Audio, FaceTime, Graphics Driver, Image Processing, Kernal, Safari, WebKit, Wi-Fi, and other security problems are addressed in iOS 15.7.1 security patches.

This update is found to be important, especially for security upgrades, and it is advised for your iPhone device’s security. Instead of bug fixes and new features, this update is mainly about security updates. To learn more about the security fixes, follow Apple’s official changelog for iOS 15.7.1.

Sure with the good security patches, it also comes with some problems with its update as well. Although Apple said that the performance of battery life will be stable with this update, many users reported that their battery life is draining abnormally. Users also face issues with the installation process. After installing iOS 15.7.1, there were complaints regarding touch ID and face ID not working properly and also third party apps faced certain issue. But it looks like Apple did solve the third party issue and all the applications are working just fine.