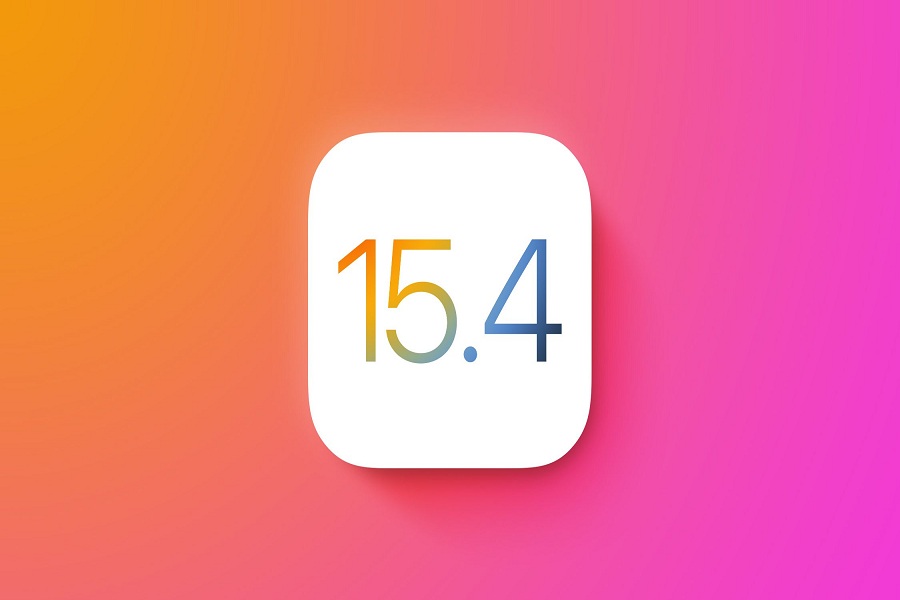 In June 2021, Apple released iOS 15, the most recent version of its iOS operating system, which was launched on September 20, 2021. Redesigned FaceTime capabilities, tools to decrease distractions, a new notifications experience, enhanced privacy features, entire redesigns for Safari, Weather, and Maps, and more are all included in iOS 15.

Since then, different versions 0f iOS 15 have been released. The most recent latest version is iOS 15.3.1, which was released to the public on Thursday, February 10 and includes bug fixes and security updates for safari problems that could leak browsing activity has been fixed in this release.

In the upcoming week, a new version of iOS 15 will be released, iOS 15.4 and iPadOS 15.4. This new version update will include several new features and bug fixes. Apple has been working on some significant features for this version, now in developer and public beta.

We should anticipate iOS 15.4 to arrive in the coming weeks of March, with a likely release timeframe following Apple’s rumoured March event, where the iPhone SE 5G and iPad Air 5 are expected to make their appearance. Given that Apple’s first event of the year is on Tuesday, March 8, the next iPhone upgrade is likely to arrive this week.

AirTag anti-stalking alerts, a gender-neutral Siri voice option, new emoji, Face ID upgrades, and the long-awaited introduction of Universal Control are all included in the five beta versions of iOS 15.4. Although the public beta of iOS 15.4 has already been released, the final version of the operating system is expected to come on your iPhone shortly.

Here are some of the new features in iOS 15.4 that we’re most looking forward to seeing.

FACE ID WITH YOUR MASK ON!!

Face ID has become less convenient due to so many of us wearing masks to protect ourselves and our fellow residents from Covid-19. Apple Watch users have a workable solution, while the rest of us have grown accustomed to passcode prompts or lowering our masks to register a successful scan.

With iOS 15.4, we can now have the convenience to unlock our iPhones while wearing our masks. Although Apple uses the full-face ID to be a more secure option for us, the face ID with cover has been made available for us. This feature is optional; you can disable this feature from your phone’s setting option.

Face ID requires you to be more precise about the angle you’re holding your phone at since it uses a smaller piece of your face to authenticate your identity. When you are wearing a mask, it will just scan your face’s visible parts, such as your eyes. If your phone requires you to look at the screen more closely, it will alert you. People who use glasses should use the upgraded functionality, but it is not compatible with sunglasses.

Universal Control allows you to utilise other devices as second displays, smoothly transferring content across them with only one device. This much-anticipated feature was originally planned for MacOS Monterey. On the other hand, Universal Control has appeared in the iOS 15.4 beta and is scheduled to be released alongside the Monterey OS 12.3 update. This is more of an iPadOS 15.4 feature than an iPhone. This update will allow users to connect an iPad to a Mac and use a single mouse and keyboard across both devices signed in to your iCloud account.

The iOS 15.4 fourth beta introduces a new American Siri Voice 5 that may be used in all interactions. According to Apple, the new voice isn’t explicitly masculine or female and was recorded by a member of the LBGTQ+ community. It’s another step in Apple’s diversity campaign, which began in iOS 14.5 in April with the removal of the default female voice and the recording of two black actors.

You’re going to adore iOS 15.4 if you’re someone who takes pride in using unique and amusing emojis. New emojis are a common feature of spring iOS upgrades, and iOS 15.4 is no exception. Emoji 14 is supported in the beta, which adds 37 new emoji and 75 new skin tones for 112 new characters.

New faces include melting face, saluting face, face with open eyes and hand over mouth, face with peeking eye, face with the diagonal mouth, a face of holding back tears and dotted line face.

Heart hands, rightwards hand, leftwards hand, palm down hand, palm up a hand, hand with index finger and thumb crossed, index pointing at the viewer, and an update to the handshake emoji are among the New Hand Emojis.

The new included emojis will also have new options like a salute, a bird’s nest, a low battery, kidney, empty nest, x-ray, crutch, playground slide, wheel, ring buoy, mirror ball, jar, identification card are new items. In contrast, plants and animals will include coral and lotus. As for fantasy characters, we can expect a new troll emoji, and eggs, beans, and pouring liquid make up new food items.

If you use Apple Card, then this is for you. You will add a widget to the Today view with iOS 15.4. This will show you your current balance, available funds, available card balance, and daily expenditure in several different categories.

Apple’s iCloud Keychain is a great iPhone password manager, but it lacks a lot of the functionality that full-service solutions like 1Password provide. This is set to change in iOS 15.4, as Apple introduces a handful of critical new capabilities to the Keychain.

The option to add notes to passwords is the first. Once you’ve updated to iOS 15.4, you’ll be able to save security questions and other important data in your Keychain, all of which will be safeguarded by Face ID security. This functionality is already available from Apple’s rivals, but with iOS 15.4, the Keychain catches up, making it a more viable alternative for iPhone users.

Apple has promised numerous AirTag updates for this year, the first available in iOS 15.4. AirTag is “intended to be detected by victims and to enable law authorities to seek identifying information about the owner,” according to a new notice displayed during setup by Apple. It also advises that tracking people without using an AirTag is illegal. It also includes clearer identification of devices, so you shouldn’t get any “unknown accessory alerts”.

Apple has now included the Tap to Pay framework in iOS 15.4, as reported earlier in the day. Apple Pay payments will be accepted on iPhones without using any debit card, credit card terminal, or other hardware. While the framework has been identified, it is still active, and thus you won’t be able to utilise it as a beta tester for the time being.

OTHER FEATURES OF IOS 15.4 AND BUG FIXES

Aside from these additional features listed above, iOS 15.4 also includes minor fixes and enhancements.

You will also be able to use Apple Pay with face id while wearing a mask. You can now have the ability to hide iCloud keychain security recommendations, fix an issue where apple accidentally kept some of the Siri recordings, a new prompt to review Emergency SOS settings, upgrade to the podcast’s app including season episode filter, also safari won’t let you save passwords without usernames, Web-based notifications, the ability to add a driver’s license or state ID to the Wallet app, ability to download iOS updates over LTE, and sports scores and favourite team selection in the Apple News app.

EU residents may also upload their Covid vaccination cards to the Wallet app. Evidence in the iOS 15.4 beta suggests that Apple is working on a ‘Cosmetic Scan’ tool, which would be used to inspect your iPhone for damage upon trading in.

Bug patches are usually always included in new versions of iOS, and iOS 15.4 is no exception. Third-party applications will now display animations at 120Hz while using the iPhone 13 Pro or iPhone 13 Pro Max, something they didn’t do previously in some situations.

The second iOS 15.4 beta also resolves a flaw that permitted Siri to capture and retain interactions from a “small fraction” of iPhone users, even if they had turned off the feature.

Apple Event March 8: How To Live Stream?
When will Apex Legends Mobile iOS be released in the USA?
Comment