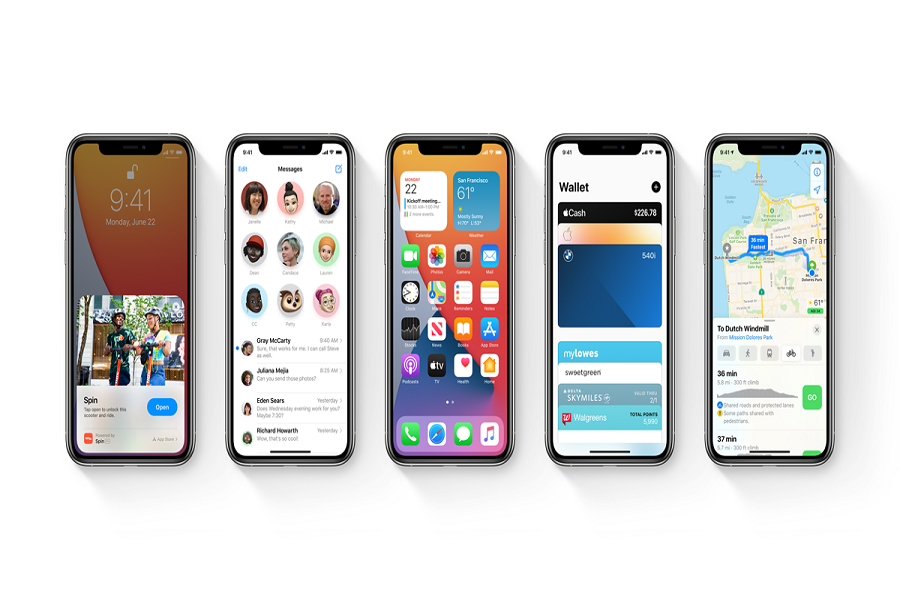 Without any doubt, I must say Apple’s latest iOS 14 is one of the best update for all iPhone users till now. While the beta version of iOS 14 was already released at the WWDC 2021 Keynote in June online, the final and stable release is on its way.

Every morning I wake up some great buzz about the iPhone 12 and end up the say with many questions about the next iOS 14. Considering this, I researched and came with every information you need to know about Apple’s next-generation iOS 14 operating system.

As most people are talking too much about the iOS 14 App Library and iOS 14 Home Screen, we would love to start with these amazing new features of iOS 14.

Apple’s new iOS 14 brings the new App Library feature to let users organize all the app as it allows users to keep all the unwanted apps away from the home screen. New App Library will organize the apps according to your usage.

The new Home Screen of iOS 14 is also now organized with the help of the App Library. Just like the Android, the new iOS 14 will also let you sidekick unwanted or remove some app from the home screen if you don’t want it on the home screen.

For the first time in iPhones, Apple has added the new widgets in iOS 14 home screen, which is available in number. With this feature’s help, the system will automatically move out some apps to make space for the widgets. This can be used from the “Widget Gallery.”

From the last couple of years, iOS users were waiting for the picture-in-picture mode on iOS devices. Finally, the Android-like feature now added the new iOS 14 so that you can do two things simultaneously. Also, Siri’s new interface is now short, and simple doesn’t take the whole display.

New iOS 14 also brings the new Translate app, which can be used in even online mode to translate anything to 11 available languages with just a single tap on the microphone icon.

Compare to Android apps, the size of iOS apps is larger. So, it would make a tough choice for iOS user to try any new app. For that, you had to download and install the full iOS app, which has a huge size. But now, with the new App Clip feature, you can simply access the app without downloading the full version.

As we have seen that every payment is now available with the RQ codes so that users can quickly scan the code and pay without entering any other detail. Finally, Apple is bringing this QR Code payment system for iPhone, allowing every iOS user to scan the code from the camera and pay right from that.

Apple says that iOS 14 can run on the iPhone 6s and later, which is the same compatibility as iOS 13. Here’s the full list:

After rolling out the beta version at the WWDC event, those who haven’t tested the beta version of the iOS 14 are wondering when Apple will release iOS 14. But the sad part is we haven’t received any official release date for iOS 14 as many rumors are claiming that Apple couple releases iOS 14 with iPhone by the end of September or October.

As for now, we have these buzz about the next-generation iOS 14 update. What do you think about it? If you anything in mind, please share your feedback with us in the comment section.