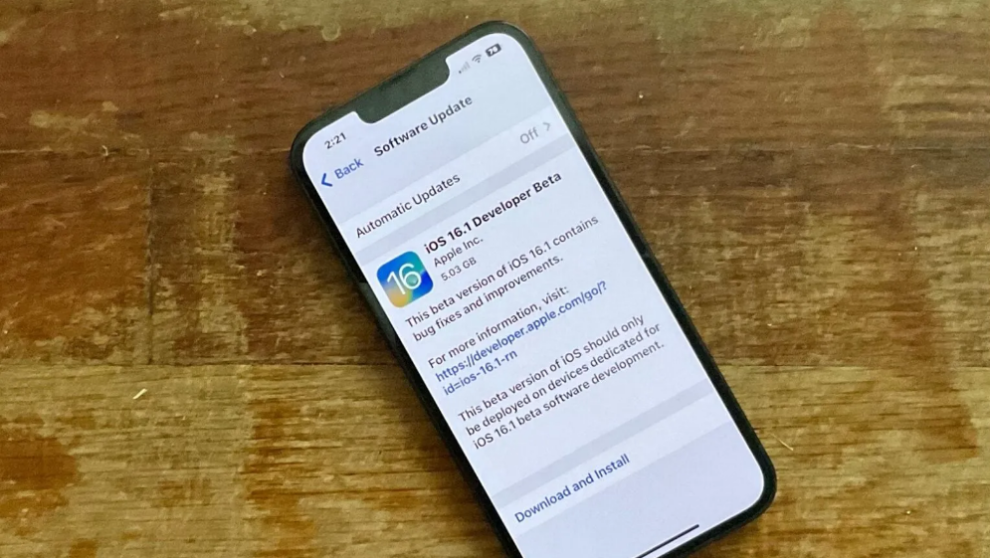 Following the successful launch of the iOS 16 official version to iPhone users, Apple has now launched the iOS 16.1 public beta 3. It is accessible to the developers and we are pretty excited to see what this new beta launch has in store for the user.

Despite the recent launch of iOS 16 on September 12, 2022, it looks like Apple is all set for a minor release with iOS 16.1. The public beta 3 is currently only available to registered developers.

If you are excited about this upcoming minor release of iOS 16.1, be assured that the current beta is only available to registered developers.

With Apple continually improving its user interface and access to a variety of customization options, it isn’t surprising that the new iOS 16.1 public beta 3 brings forth a lot of unexpected features no one thought of.

Here’s a quick breakdown of the same:

The new in-app content background download is the first of its kind and something that Apple hasn’t released before in any of its other operating systems. This new toggle and feature will be added to the App store section that’s available in the Settings. The particular feature will remain enabled by default in the Settings, allowing the users to have easy access to downloading relevant content.

Another notable change that is introduced in the iOS 16.1 public beta 3 is the changes to the wallpaper settings. It introduces a cleaner and more refined user interface for the wallpaper in the iPhone, making it a lot more accessible than you’d expect it to be. It will also allow the users to have access to multiple wallpaper and lock screen options and switch between them comfortably.

The introduction of paired Matter built came out in one of the previous beta launches. With the kind of reception the particular feature gained, it isn’t surprising that Apple had to remove it entirely from Settings with the public beta 3.

However, there are possibilities that the same feature might make a revamped comeback with a later release. But nothing is confirmed at this point. We’d have to wait for future consecutive launches to see what works and what doesn’t.

Now that you have an idea about the new features and updates that come with the iOS 16.1 public beta 3, you must be wondering how you can get access to the same.

To be fair, the process isn’t as complicated. If you are a certified developer and you have a registered developer account with Apple, you can download the new iOS 16.1 public beta 3 from there.

However, since it’s not available to the standard users yet, you’d need that developer account to be able to install and use it on your iPhone.

For more details about the release of iOS 16.1 and other related information, keep an eye out on this space.

How To Change Alarm Sound on iOS 16?
How to turn off the iOS 16 music lock screen
Comment