Home » How To Download Fall Guys On Mac Free 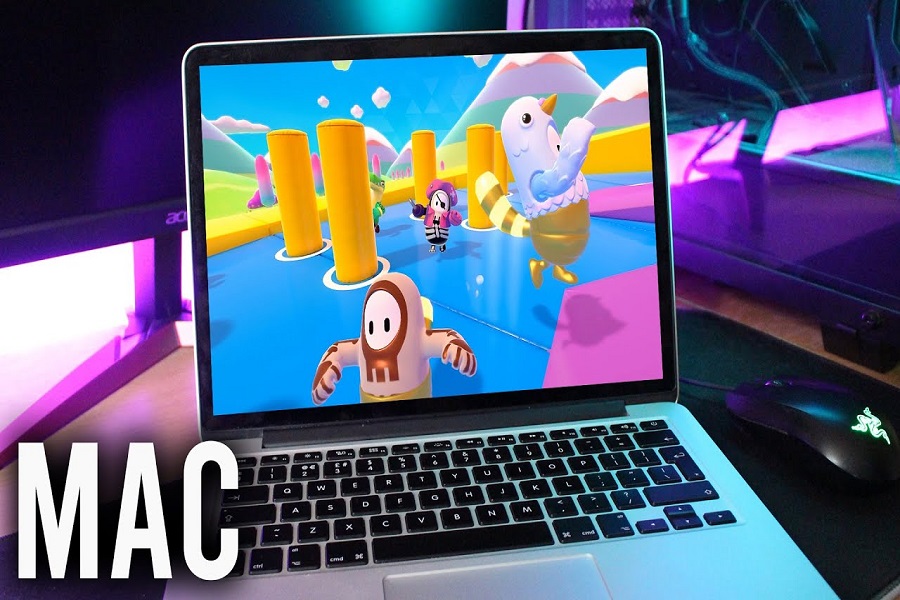 No one would have thought that the flexible character-based survival shooter game Fall Guys would get too much attention from users worldwide. Ever since I saw the gameplay of Fall Guys on PlayStation and Xbox, I have wished to play Fall Guys on Mac.

The game follows the same survival shooter mode as PUBG. But it has a very unique and 10 minutes cool gameplay with colorful and funny yet straightforward graphics. The game starts with 50 players jumping into the island and playing against each other, and the last man standing will win the game.

Since the game is so popular worldwide, many Apple mac users are looking for a way to downlaod Fall Guys free on MacOS. As a Mac user, I also researched and found the trick to play Fall Guys on Mac. If you are a Mac user can also want to get Fall Guys to download for mac, then here’s the trick.

Since the Fall Guys Mac version has not landed officially yet, Mac users can use “Boot Camp Assistant” to access the windows PC system on Mac and also get Fall Guys on Mac.

Note: Make sure that you have Intel Mac. The M1 or M2-based series will not support this method.

Now you can play Fall Guys on your Mac for free. However, if you have an M1 or M2 series Mac, you can also use Parallels Virtual Machine methods to access the Windows system on Mac and download Fall Guys.

Did you follow the guide and install Fall Guys on your Mac? Do you know any other method to do the same? Don’t hesitate to share your feedback in the comment section.