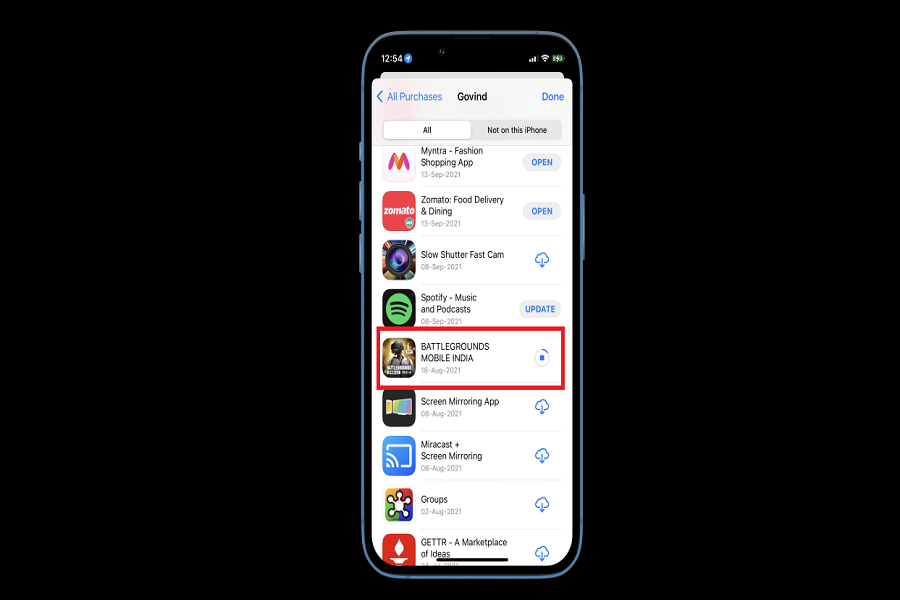 After the ban on PUBG Mobile in India, the specially designed Indian version of the game BGMI (Battleground Mobile India) also got banned by the Government on July 28, 2022. While players are installing PUBG Mobile on their devices, some fans are looking for a way to download BGMI on iOS without App Store after the ban in India.

Due to the privacy concern and private data of Indian players, the Government of India again banned BGMI in India. Even Google confirmed that the game is unavailable on Google Play Store as the Government ordered to down the app. Also, BGMI is missing from the App Store. However, many BGMI geeks are keen to get BGMI on iPhone even after the ban.

Since many users started searching for a way to download BGMI on iPhone, the Google trend also flooded with search terms related to downloading and installing BGMI on iOS after the ban in India.

Note: We tried to change the App Store location but couldn’t get BGMI on the other App Store. But, the below method worked for many users. Let’s check out the process.

When you find the BGMI under the purchased list, you should tap the Download button next to the app to initiate the download process instead of tapping on the game name. It will redirect you to the blank page with the “cannot connect to App Store” message.

Cannot see BGMI in the Purchased list on App Store?

BGMI not showing on App Store? Why?

Yes, you will not see BGMI on India’s App Store or any other country’s App Store since it has been removed from the App Store due to privacy concerns.

If you know any other method to get BGMI on iPhone after the ban in India, you can share it with us too in the comment section.

Can I Use iOS 16’s Always On Display On iPhone 13?
Wallpaper Engine iOS Alternatives For Live Wallpapers On iPhone
Comment