Home » Christmas Games for iOS: Get the Twinkle Magic Games on Your iPhone 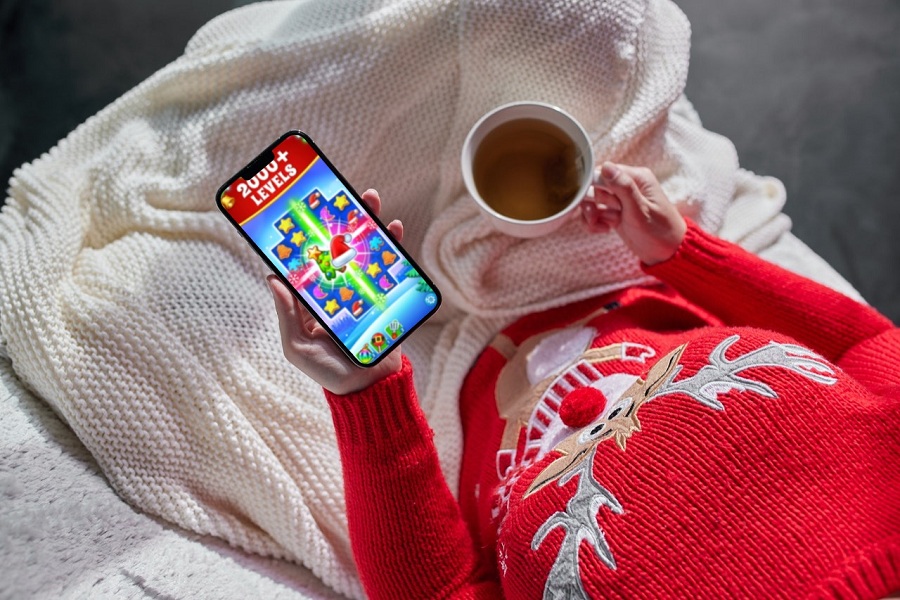 Playing game is not just passionate, but it holds some time to relax in this busy life for some people. Since the Christmas is here, we bring some of the best Christmas games for iPhone and iPad. It’s time to play with your friends and family this Christmas.

Christmas is a magical time that comes once a year, but you never want to spoil it when it comes. To create more fun at your Christmas, you can check out the best iPhone Christmas game that will be your plus point when you play with your close ones, especially with your son and daughter.

Why You Go for Our Suggest iOS Christmas Games?

The time to connect with your family or friends on Christmas day, but before many of you working person has the deadline to complete their work (job) which might not save you time to download the best Christmas Games. With the top-ranked shortlist, you can easily select one from those; we are here to help you.

Playing Games on an iPhone or iPad with your loving world (family) make to more close enough to touch your shoulder than playing other controller games like Xbox and PS5. It will create a Christmas magical moment by downloading & installing iPhone Christmas Games on your Apple device.

To make it easier than searching Christmas games names in the App Store search engine individually, you can read the specifics of every game mentioned below. While this page is open into your Safari internet web browser or other supportive iOS web browsers, tap on the download button we added in every iPhone Christmas Games at the end of information.

1#. Sky: Children of the Light

Explore the captivating world of Sky, the beautiful world that is waiting for exploration by your family members. Ghosts and tales will guide you through their peaceful world and all of its seven realms. Help the spirits of the stars come home. You’ll have to be compassionate for humanity, eternal wonder and the light of you to lead you through the journey.

Santa gets ready to celebrate the Christmas season, and he’s never more than a few cookies for Christmas. Help him out by swapping tiles to match 3 or more cookies at once. Get rid of some space using an innovative 3 x 3 combination, and then continue the game while more candy, cookies and sweets fall from above.

The game gives players the option of auto-renewing a subscription. The duration of the subscription lasts for one month. In this month, the participant receives hourly and daily bonuses, rewards for storage space, and increased production from the farm. The Christmas season is fast approaching in the front door. Let Santa get ready to celebrate the season and oversee the farm in snow. It is the time of year, so come all to the North Pole – the magic place where Santa and his crew live.

4#. Christmas Stories: The Gift of the Magi

Santa’s good lists get presents, but what happens to those on the bad list? If your sister commits a crime wrong, she’s greeted by the wicked spirit Berta as well as her mean little elves that immediately whisk her away to an unknown and hostile place. It’s up to you to locate her and return her safely just in time for the holidays.

GameHouse presents Delicious, the award-winning game series that blends cooking dishes and a compelling story! Emily plans a family excursion to a charming cottage to celebrate the holiday season in this fantastic Christmas tale. Everyone travels to the northbound Miracle Express, excited for an unforgettable journey.

We hope that you will get the best iPhone Christmas Games magic and enjoy this Holiday with your friends and family. Many other suggested Christmas games are waiting for you, which we can share only if you are interested and ask for them in the comment box. Enjoy your Holiday, and Marry Christmas to you all. Oh ho ho…

Forgot iPhone Passcode? How To Reset iPhone Without Computer [2022]
View App Privacy Report iOS 15.2: How To Turn ON, OFF & Use On iPhone
Comment