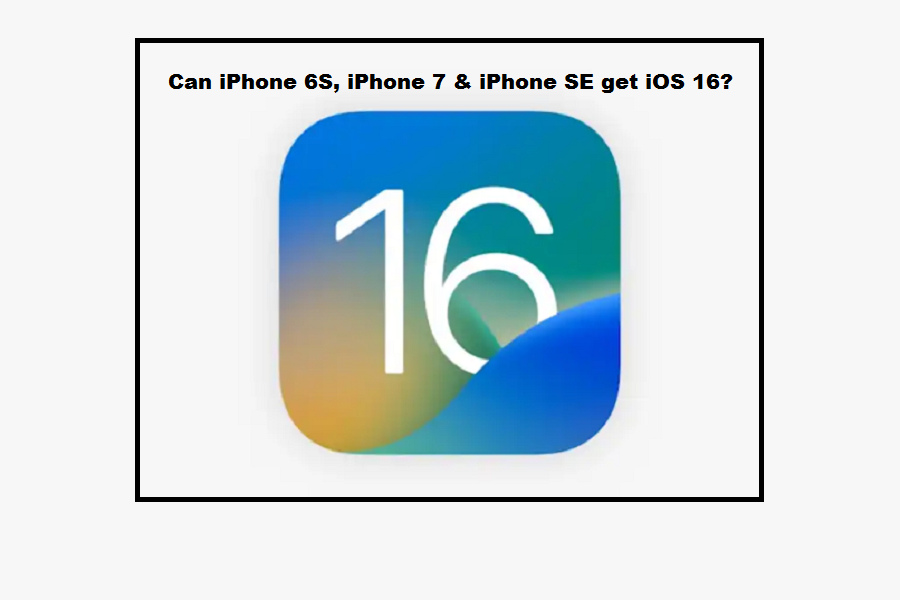 Day 1 of WWDC 2022 apple event was definitely a buzz to watch. And no one can deny the fact that we got more than we asked for. Apple sure knows how to make its user happy and satisfied. This event came with a power pack performance introducing new updates which are worth it. Everything from iOS 16 and iPadOS 16 to watchOS 9 and macOS Ventura was revealed in this event and is said to release this autumn with a several new features, and new hardware will be available as well. But first let’s talk about iOS 16 update. The next iPhone software upgrade includes a revamped lock screen with greater personalization choices. Widgets will also be available on the lock screen. You can modify and even recall texts in Messages, and you can also watch films in SharePlay from within Apple’s chat app, and many more.

We all are excited and wating for this update to release, but we all know the tradition of Apple. When Apple releases its newer operating systems, it will abandon some of its older iPhones. When iOS 16 is launched this autumn, it will be accessible for iPhone 8 and beyond – that is, all phones released by Apple since 2017.

The iPhone 6s, 6s Plus, and SE are now regarded old phones, they operate on outdated hardware, and Apple’s next big upgrade would almost certainly fail to function correctly on them. As disheartening as the news may be for some consumers, it makes sense. Users who have been using the iPhone 6S, iPhone 7, or the 2016 iPhone SE may feel compelled to sell their devices and upgrade. These iPhones are now six or seven years old, and Apple has provided excellent support, but every must come to end. iPhone 6S, 6S Plus, iPhone SE 2016, iPhone 7, and iPhone 7 Plus Basically, if you have an iPhone 8 (2017) or newer including the second- and third-generation iPhone SE, you may download and install iOS 16.

The iPhone 6s and iPhone 6s Plus were released on September 25, 2015. This makes them about 7 years old, which is considered old in phone terms. The major reason Apple will discontinue support for earlier iPhones, such as the iPhone 6, 6s, 7, 7 Plus and SE first generation in 2022 is because the phone’s core components can no longer operate or run iOS adequately. Sure, Apple could deliver iOS upgrades to these phones, but it would essentially damage the user experience. The phone would be slow, apps would break, and things would simply not perform as they should — something Apple despises.

Here is the list of all the devices that will not support iOS 16 update.

List of all the devices that will support iOS 16 update.