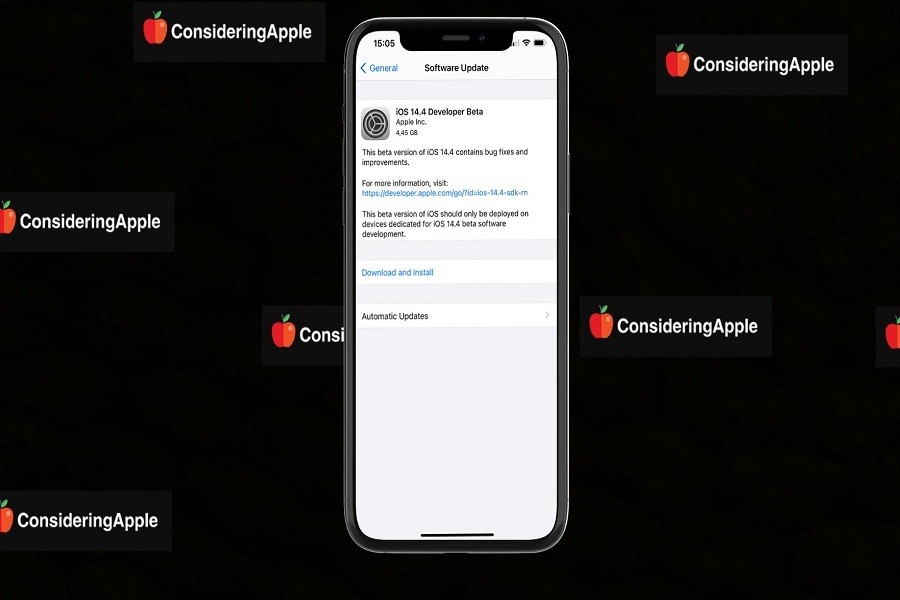 If you a huge iOS geek, then you would love to test the new iOS 14.4 beta update to see what’s on iOS 14.4. The update landed with some bug fixes and new hidden features you will know once you start the testing.

The ProRAW function was already released with the iOS 14.3, and now the iOS 14.4 beta has the new feature of handoff to HomePod mini via U1 chip. This is the first time Apple is adding the new user handoff UI to HomePod mini via its U1 Ultra wideband chip, which works with the HomePod beta update. the feature still has too many bugs, but we can expect the better version soon.

The update is small and mostly related to App Clips. According to Apple, In addition to using Code Scanner, you can now launch a local experience via Camera, NFC, Safari Smart App Banner, or iMessage.

The Dual-SIM 5G support is still missing from iOS 14.4, but there has been a change discovered in Shortcuts. You can disable Perspective Zoom when setting wallpaper from the Shortcuts action with iOS 14.4 update.

If you have already installed beta profile on your iPhone, you can simply go to Settings > General > Software Update and the new beta will show up for download and install iOS 14.4 beta.

In case you are a first-time tester, you will have to register for Apple Developer Center, which costs $99/year, and then download iOS 14.4 beta. You can also wait for a few days to get iOS 14.4 public beta for free.

The download size of the iOS 14.4 beta is 4.45 GB. So make sure your device has enough storage to install the new beta. After testing the latest iOS beta version on your iPhone, please share your feedback with us in the comment box.