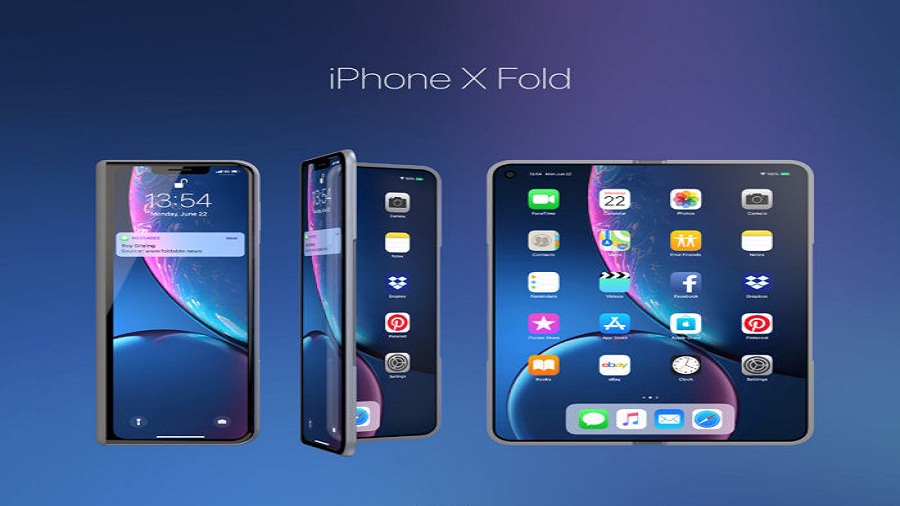 Last year, Samsung launched its most awaited Samsung Fold with the single display, which flexible enough to be halved and unfolded. After the release of Samsung Fold, people are too keen to see how Apple will design its foldable iPhone.

From the last few months, we have been getting a lot of questions about how Apple’s Foldable device will look, and when will it get land. So today, we have found something exciting things about the next iPhone X Fold.

Jon Prosser claims that there would be two separate display panels that you help together by a hinge. So the design of the iPhone X Fold will be totally different from the current Samsung Fold. Well, the device is still in its early stage of development, so we can’t say a lot about the device now.

After the Tweet of Prosser about iPhone X design, Ben Geskin (@BenGeskin) gave the response to the Tweet with the Prosser the images of a foldable iPhone considering the rumors of the iPhone X Fold design. After that, Prosser also responded that “look as clunky as that,” and didn’t agree with Geskin.

The conversation continued as Prosser says that this design doesn’t look like Apple “stuck two iPhones together” and added that, despite the two separate displays, the display is extended. The experience is quite seamless and continues. Then another user (@LcLuc_666) asked with the image that “you mean, like this,” and the finally Prosser replied that it was “Close.” So we can also expect the similar design like Another Twitter (@LcLuc_666) shared.

Furthermore, Prosser shared the information about the design of the edges as he said that the Foldable iPhone might come with a rounded stainless steel edge, just like the iPhone 11 Pro models. He also added that this Foldable iPhone would not have a notch for free ID, but we may see a “tiny forehead” on the outer display will hold the face ID sensors and cameras.

He also talked about the release date of the device as he said that he still does not have any idea about when this iPhone X-Fold would come as we are too far from the release of iPhone X-old.

What are your thoughts about the next iPhone X Fold? If you have something in mind, do not hesitate to ask to share it with us in the comment box.