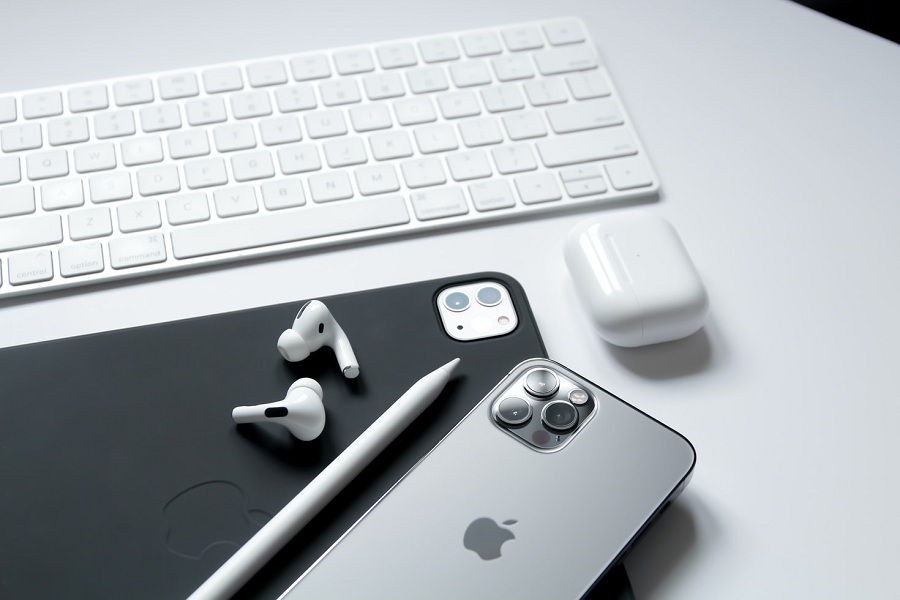 Apple has a jam-packed list of amazing products that will be up for grabs throughout 2022. The brand has been hosting multiple events, including the Peek Performance and WWDC that has given the audience a clear understanding of what they can expect from the coming months.

In the first event of 2022, Peek Performance introduced the audience to the beat M1 Max and M1 Ultra chips and a range of other products, including the iPad Air 5 and iPhone SE 3.

Apple is all set to further expand its list of products with the brand-new and redesigned iPhone 14 and the AirPods Pro 2. If you are excited about the launch of the upcoming products, you’d be even more excited to know about the line-up of products that will grace our presence in the coming months.

Here’s what the line-up of the products looks like in 2022.

The very first upcoming launch that will leave the audience baffled is Apple’s next flagship phone, the iPhone 14. Rumors are milling around that it will feature a notch-less design along with responsive under-display Face ID sensors.

Reports suggest that the iPhone mini in the series will feature the 6.1-inch design, indicating three more options on the list. Also, the touch ID could be placed on the side button but these are only rumors at this point.

Another revolutionary product from Apple that will transform every facet of performance is the M2 chip. Not only will it feature incredible performance and power efficiency, but it will also be an improved and more advanced version of the existing M1 chipset.

The M2 chip is going to power the upcoming MacBook Air and the 13-inch MacBook Pro models in the coming months. It could also be integrated into the iPad Pro, which will be available in the second half of the year.

Keep everything aside, Apple enthusiasts have been groveling for the launch of the AirPods Pro 2. The first version came out in 2019, so we can expect the next installment to be released in 2022. Reports suggest that the new model will be available in the Fall of 2022.

Not only will it feature a more compact design, but it will also bring a range of advanced features like lossless audio support, built-in fitness tracking, etc.

The upcoming 11-inch iPad Pro model will feature an unexpected LED display upgrade that is available in the current 12.9-inch model. There won’t be much difference in the design or form but it is expected to come with reverse wireless charging.

The launch of the iPad will also include the launch of a new version of the Apple Pencil.

Not just the Apple Watch 8, reports suggest that 2022 will also witness the launch of two more Apple watches, especially in the mid-range budget. The other one could include a sports edition model but nothing is confirmed yet.

The Apple Watch 8 series will come in varying dial sizes, starting from 41 mm. Besides the standard health-tracking features, the model will also feature a variety of additional functionalities.

The list of features in the model will mimic that of the existing MacBook Pro, including the mini LED and 1080p camera, etc.

Like the MacBook Air 2022, even the 13” MacBook Pro 2022, which is the entry-level model, will be powered by the M2 chip. Not only will it feature a thinner design, but the model will also eliminate the Touch Bar, giving it a more compact look and feel.

Besides these, the line-up also includes the M2-powered Mac Mini, Mac Pro, and varying other accessories for the consumers.

These are some of the most anticipated Apple products that will be available in the months to come. Which one of these are you the most excited to own? For further updates, keep an eye out for this space.