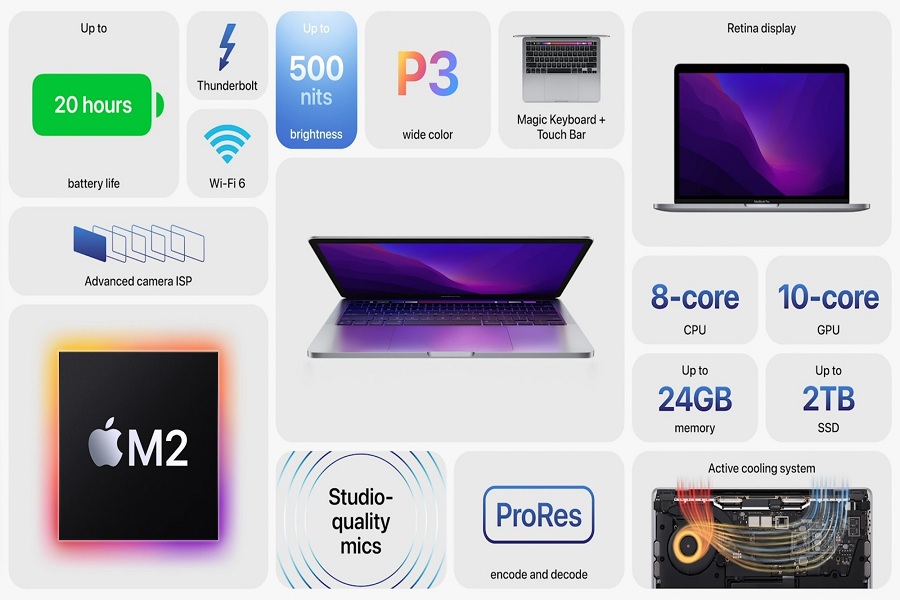 The M2 processor is now on the market. This is the next-generation silicon from Apple, with a 5nm design and 25 billion transistors. This GPU has ten cores and an eight-core CPU. According to Apple, the M2 can accommodate up to 24GB of unified memory. Apple says that the M2 consumes less power than PC CPUs and the preceding M1. The M2 will also have a specific Neural engine and 8K video capabilities. The new Apple MacBook Air has also arrived! It also has MagSafe charging. And, sure, there is a notch in the display. This one features a 13.6-inch liquid retina display.

The display offers one billion colors, indicating that it is a 10-bit display. Apple is also equipping the MacBook Air with a 1080p camera. The speakers and microphones are included into the display and keyboard. It features four speakers for sound. Spatial audio is available on the Apple MacBook Air. Touch ID remains on the MacBook Air. Yes, the Apple MacBook Air has a fanless design. It has an all-day battery life and an 18-hour video playback time. Users may charge two gadgets at the same time. The MacBook Air will also support 67W rapid charging, according to Apple. It will most likely be available in four colors: midnight, silver, starlight, and space grey, and will cost roughly $1199.