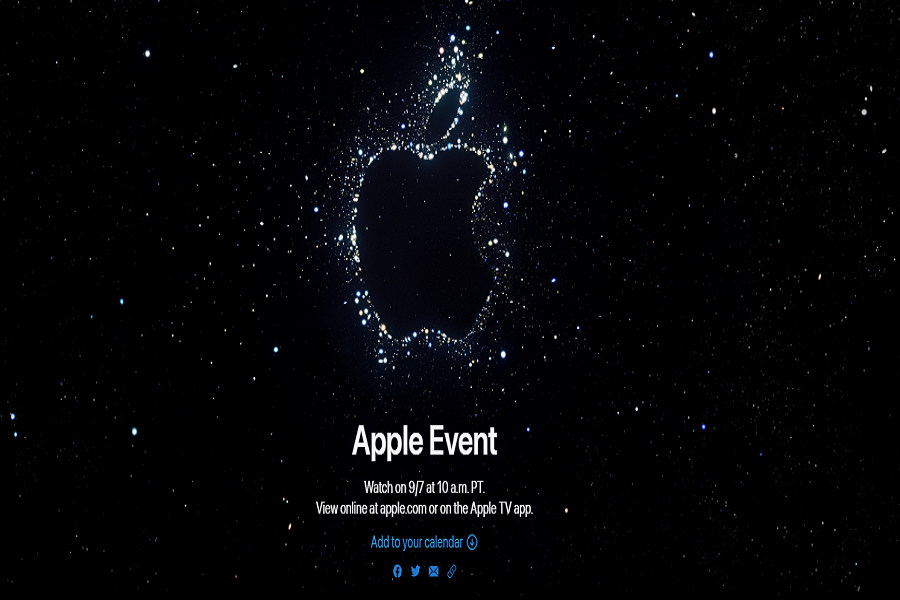 Apple’s next September event is officially two weeks away, and based on all the leaks and rumours, it’s going to be one exciting show. In this article, we will talk about where and when the event will be held, the iPhone 14, iPhone 14 Pro, Apple Watch Series 8, and a few other products that may be announced at Apple’s event.

Every invitation sent out by Apple depicts something releated to the event. The event invitation depicts a space battle with a swarm of stars forming an apple logo, with the slogan far beneath. This could refer to something as simple as an updated night mode or rumoured satellite connectivity. Perhaps they mean far in the future, as in a few years. This is the event where Apple will finally reveal the VR headset.

When will Apple Event 2022 take place?

Well, it could happen sooner than expected. This event could take place as early as Wednesday, September 7. As with any Apple event, the times are consistent, so if you want to watch the live stream, you can do so at 10:00 AM Pacific Time, or 1:00 PM Eastern Standard Time if you’re on the east coast like me.

While the tech giant’s iconic event is usually held on the second Tuesday of September, it will be held a week earlier and on a Wednesday this year. According to Bloomberg’s Mark Gurman, this could be to give the press an extra day to travel after the long Labor Day weekend.

Where will the Apple event 2022 be held?

Apple has officially announced the date and time of its iPhone 14 event, which will take place on September 7th at 10:00 a.m. Pacific Time. The event will actually take place at the Steve Jobs theatre on Apple’s campus in Cupertino, which will be an important component with members of the media invited.

It is unclear whether the entire event will be live, as the company used to do in the past, or if this will be a hybrid event, similar to WWDC, where members of the press were invited to watch the live broadcast and then go hands- on with products

What to expect from Apple event 2022?

As for what to expect from this event, I believe you already know: it’s all about the iPhone 14, Apple’s most popular product.

Three new Apple Watches may also be unveiled at the event. The Apple Watch Series 8 is expected to include a body temperature sensor. A new Apple Watch SE with a faster chip is reportedly in the works. And the new high- end watch is said to be aimed at extreme sports athletes, with a larger screen and a longer battery life.

The company is also rumoured to be working on new AirPods Pro and iPads, and Apple has previously stated that a new Mac Pro is in the works, so those could be revealed at this upcoming event.