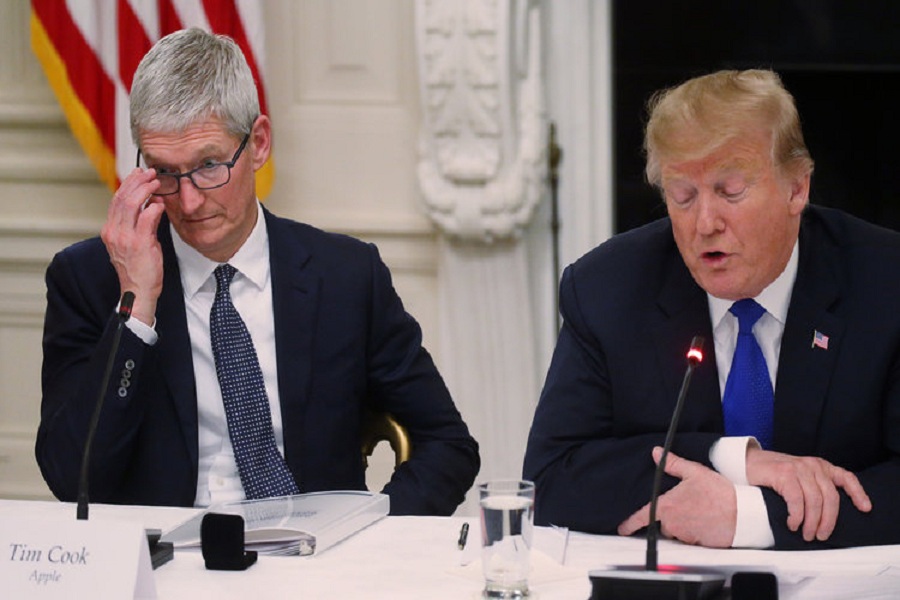 Cupertino tech Giant Apple’s CEO Tim Cook met the US President Donald Trump and they both discussed trade and jobs meeting and other issues Apple may face in China in the future. Trump also discussed whether to hike tariff and duties on imports from China to make things good for the iPhone maker.

As we know, Huawei, a cell phone maker from China, got banned in the US for some issue and this has lead people in China to boycott Apple’s products and this issue can be escalated further if the matter is not solved soon. So, this must be a topic of discussion as this issue can harm the economy of the US as well as China.

According to Bloomberg, Apple CEO was participating in an American Workforce Policy Advisory Board meeting, which was formed and unveiled in February this year. The board includes the representatives of large companies, politician, and education systems.

Trump’s daughter Ivanka Trump, who is also an adviser to the President, disclosed Tim’s participation in Thursday’s meeting of the board. She disclosed the meeting between Apple CEO and the President. Though Apple neither have made any comment on this meeting nor the White House.

According to reports, the President put his views on whether to increase tariffs in his trade war with China. He has said he will take the decision after his G20 summit in Osaka, Japan, which is scheduled at the end of June, where he may meet with Chinese President Xi Jinping.

Trump may tariffs policy to push Xi to change a host of Chinese trade practices, but negotiations have flagged right now. Consumer electronics makers of products like phones and tablets have not faced the heat of tariffs to this point but likely would be affected by the next hike.

U.S. authorities are also being ready to probe the market power of large technology companies, according to sources. Tim has defended his company, saying it has a moderate share of the market and is not too large.