Home » How To Fix An Error Occurred Downloading iOS 15.7 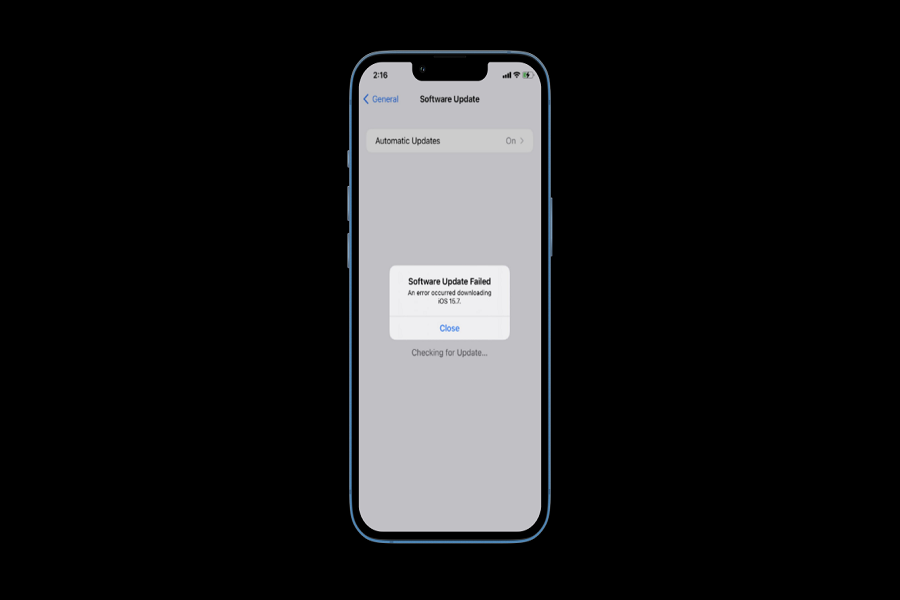 For those iPhone users who missed the iOS 16 update, Apple released the iOS 15.7 update for them. So, iPhone 7 and older models received this new iOS 15.7 update. However, the update doesn’t include, but many users are stuck at an error that occurred downloading iOS 15.7 while installing this new update on iPhone.

Many users reported the issue on Twitter and wrote that they were annoyed with the error that occurred downloading iOS 15.7 on iPhone. Apple stated that the update added some minor features and security updates. Some users also wrote that software update failed an error occurred downloading iOS 15.7. if you also see the same issue, here we have some working methods to fix the issue.

How To Fix An Error Occurred Downloading iOS 15.7

While downloading iOS 15.7 update, many users are stuck with the error that occurred downloading iOS 15.7 problem. But some users fixed the issue the by deleting the ongoing iOS 15.7 download file and then again downloading to fix the same. To do that, go to Settings app > General > iPhone Storage > iOS 15.7 and delete. After that, you can go to the software update section and download the update again.

Another thing you should do to fix the iOS 15.7 errors that occurred while downloading issue is to check for the connected Wifi network. It would help if you made sure your iPhone is connected to a stable and strong Wifi network to download and install iOS 15.7 update smoothly.

If you have tried the above methods and any of the above did not work, then you can also try to reboot or restart the iPhone. When you restart or reboot the iPhone, it will remove unwanted files from the devices, refresh the network, and let you download and install iOS 15.7 update without any issue.

You can delete the ongoing iOS 15.7 download process and then again try to download it again to fix an error that occurred downloading iOS 15.7 issue on iPhone. If any other method worked for you, feel free to share your feedback in the comment box.