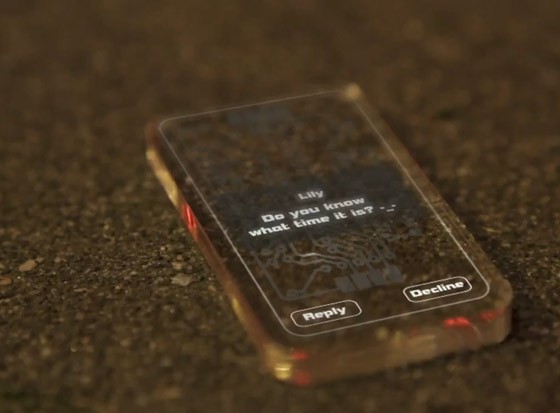 While Motorola and Samsung are working keenly to make some change in the mobile industry, my giving foldable devices for the first time, Apple is also on its way to provide something new to its users. For that, Apple has a completely unique approach.

According to the latest report from the popular tech blog Apple Insider, the latest patent shows that Apple is working on the new iPhone with glass and screens an all sides. Perhaps it could be better than foldable phones. Yes, the new Apple device will have all-glass with a wraparound touch screen, which shows the display information, icons, and images on any surface with the while device touch-sensitive. The US Patent No 20210057525, Electronic Device with Glass Enclosure, showcase the iPhone that has comprises a six-sided glass enclosure.

“Enclosures having glass defining multiple sides of the enclosure may facilitate or enable numerous additional functions and uses that are not realized with conventional enclosures,” it continues. “For example, glass backs and glass sides may be transparent, allowing the electronic device to include additional displays that are viewable through the sides and/or the back. Moreover, the side- and back-viewable displays may be made touch and/or force sensitive using touch- and/or force-sensing systems, effectively turning the side and back surfaces into additional input devices or surfaces with which a user may interact to control the electronic device.”

The patent sketch of the glass iPhone shows the curved edges of the phone from every side with some detail showing upon them. The image also shows the wallpaper stretches to the side with more information showing at the bottom side of the device.

We can also say that Apple could mean replacing the hardware mute switch, sleep/wake button or volume controls, with touch-sensing areas. It’s also predicted that Apple might use a force-sensing to let users to squeeze an iPhone, probably in that way telling it to send a call to voicemail.

If we talk about previous patents, Apple’s Christopher D. Prest and Peter N. Russell-Clarke are credited as inventors, and D.Prest is named in more than 130 earlier patents, which includes other designs like “Glass fastening and sealing systems,” and “Multiple-element light-bending structures for minimizing display borders.” Also, Russell-Clarke already has more than 30 prior patents, which also include “Glass device housings” and “Fused opaque and clear glass for the camera or display window.”

As we see the patent of the all-glass iPhone, we can say it will still need some time to make the product. You should also know that Apple keeps patents of some new designs every year. But after considering the foldable design of the devices from the rivals, we can assume that Apple will soon announce something exciting.

What are your thoughts about this all-glass iPhone design? Do you think it could give tough competition to Samsung and other rivals? Please do share your opinion in the comment box.

Coronavirus protective face mask that works with Apple’s Face ID, is it true?
WhatsApp Dark Mode Is Available For iOS Users: Here’s How To Get It on iPhone
Comment