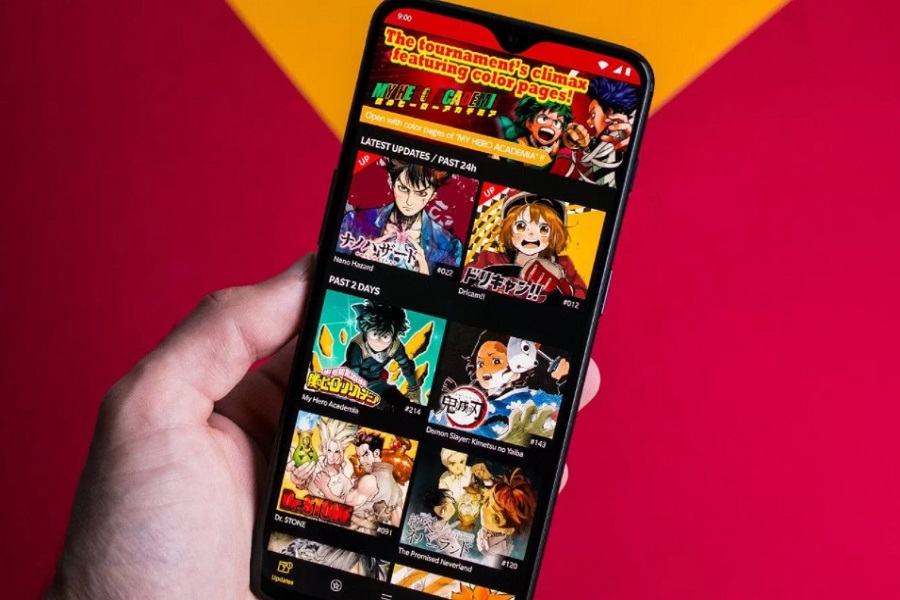 Comics, anime, and manga are the trifecta of childhood nostalgia. Most of us have grown up reading some version of these. Therefore, anime geeks are looking for best manga app free for iOS. However, what’s amazing about manga is that they evolve with your age. While we read about setbacks and simple versions of them during our childhood, things are progressing as we step into our adulthood as well.

While you will find an abundance of Manga apps for Android, saying the same for iOS devices can be a little challenging. Don’t worry though because we have managed to sort out some of the top picks that will enable you to engage in the best manga apps in iOS.

These are the Best Manga Apps for iOS

Most of the manga apps for iOS are available for free, which is a benefit. However, you might come across a few that come with a minimal monthly subscription. It’s pretty much negligible and is done to support the authors and publishers.

What’s great about manga is that they boast unique storylines and stunning caricatures of the characters. Following are the best manga apps for iOS you can consider looking into:

Let us start the list with a free manga reader for iOS. After all, despite how small the subscription amount is, not everyone has the means to pay for it. With Manga Plus, you won’t have to worry about that at all. But, the best part is that it features all the hot manga titles, along with the latest episodes.

From Naruto to Dragon Ball, you can find just about every manga comic you’d want to binge-read. Also, the app raises funds for the creators and publishes to give back to them.

Moving on, the next one in the lot is Manga Toon, which features an equally fun and engaging list of manga comics. Featuring over 1000 manga comics for free, the platform also comes with a lot of bug fixes that shield your performance without any compromise.

What’s great about this platform is the privacy policies, which are molded according to the age of the user. Additionally, if you want to get yourself out there as a published writer, this platform takes care of that issue for you.

Next up is a manga app that publishes manga comics and content directly from the Japan publishers. Things can’t get any better than that, right? Not just for iPhones, the app performs equally well for iPads too. Even if you want to read some of the underrated and rare manga series, be assured that VIZ Manga has that available.

Also, the platform has a huge storage, which means that its content library is updated continually without any compromise. The clean interface of the app adds to the benefits.

Although a fairly new manga comic reader, INKR Comics is another popular and highly functional manga reader you won’t regret indulging in. Backed with a plethora of categories, INKR Comics provides you with an endless sense of exploration without any compromise.

If you don’t feel like downloading the comics to your device, there are preview options available too. We’d recommend you pay close attention to the titles and the rating before you start reading any of them.

Another worthy contender on the list is Shonen Jump Manga. It has been around for quite some time now, which means that you won’t have to regret it when it comes to the quality and the quantity of the content you are reading. Titles like One Piece, Naruto, etc. are updated daily on the app, giving you easy access to the absolute best reading experience.

What’s great about this app is its accessibility. Each of the comics is updated regularly and right after a new chapter is released. This means that you won’t have to compromise on usability at all. The app also has a very clean and navigable UI, further making things fun.

If you are particularly looking for a free Manga reader, Manga Storm CBR is another worthy mention in the list. The app has a very simple and interactive UI, providing you with a seamless reading experience without any compromise.

With this app, users can download 10+ chapters in one go and then read them offline at their convenience. That’s potentially the most important thing about this particular app. Furthermore, if you want to come back to reading where you left off, there are backup options available too.

Manga Zone is another free-to-use manga comic reader that you can consider indulging in without any compromise. The app is free but contains some in-app purchases that you can indulge in in real-time. Also, if you are one of those people that enjoy reading manga in their free time, this is a good app to fall back on.

Paired with a very comprehensive app interface, it features just about every latest anime content that you can potentially indulge in. The premium version comes with added perks, one of which is filtering out annoying ads.

Quite an underrated iOS manga reader, Mangamo features a very cool and interactive UI that makes the whole reading experience extremely fun and engaging. Not just for iOS, the app is also available for Androids, making the app super versatile.

Besides manga, you get access to standard comics on the website as well, which is a benefit as well. What’s great about this platform is that you get to customize the reading features at your convenience.

If you want to read manga but also want to connect with a community of like-minded people, Webcomics is the way to go. The app contains a diversity of manga categories, including action, thriller, and even romance.

Besides being able to pick and choose the manga you read, what’s great about this platform is the accessibility. The app suggests some of the best manga readers that you can fall back on.

Besides manga and comics, the platform also contains a plethora of amazing novels that you can binge-read at your convenience. The overall social experience is quite fun.

Last on the list of the best manga apps for iOS is Manga Rock. It’s simple, clean and interactive UI makes the platform very enticing to engage. The app is available for both iPhones and iPads, making the whole experience quite fun and engaging.

Besides supporting a variety of manga comics categories, the app also supports varying languages, making it easier for you to binge-read through them without any worries. There is a separate iMessage sharing option in the app as well, which adds to the overall fun.

Finding manga readers for iOS isn’t as complicated as you think. However, if you are thinking about downloading some of the most diverse and reliable platforms, we’d recommend that you check the list of apps we have sorted out here. Just ensure that you check the features and the pricing plans before settling on one. Keep in mind that even if you are paying for the subscription, they are very nominal and charged to give back to the authors and publishers.