Home » WILL FORTNITE COME BACK TO iOS? 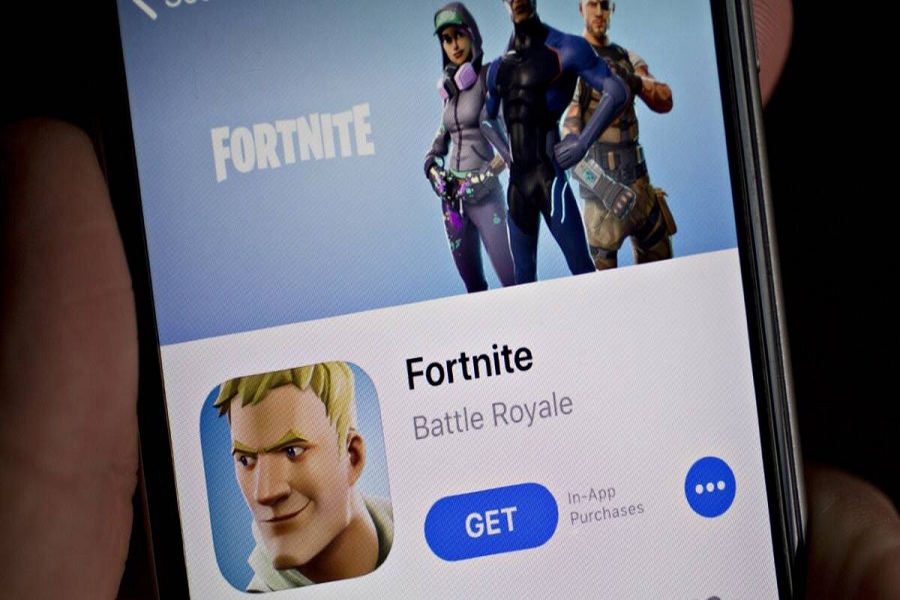 Epic Games’ Fortnite is an online video game launched in 2017. It comes in three separate game mode variations that have the same fundamental gameplay and game engine. It’s free and accessible on a wide variety of platforms, including the PlayStation 4, Nintendo Switch, XBox One, PC, Mac, iOS, and select Android smartphones.  The gameplay is straightforward but engrossing.  It’s visually appealing, and it’s always changing thanks to weekly updates and challenges.

With approximately 80.4 million monthly active users and up to 4 million concurrent players per day in 2022, Fortnite was the most popular battle royale game. Fortnite is the world’s third most popular eSports game, with a whopping $7.88 million in total event prise money as of 2020.

WHAT WAS THE FALLOUT?

Fortnite has been on the App Store for quite some time. What was once a friendly collaboration turned sour when Epic Games added its own payment system within the game.

Epic Games’ Fortnite was banned from Apple’s App Store in August 2020 after Epic Games introduced an external payment option for in-app purchases, which evaded Apple’s 30% App Store charge and violated the company’s guidelines. Though this action appeared to be harmless at first, it was quite bold move from a commercial point of view. Having its own payment system meant lower pricing for gamers, but it also forced Apple out of every transaction, something the tech giant evidently didn’t appreciate.

Apple has a policy where it requests a portion of in-game purchases for App Store apps and games. Epic saw this as anti-competitive. The consequences of this were fast. Apple immediately deleted Fortnite from the App Store and banned all of Epic’s developer accounts, thus preventing the developer from releasing fixes to all of its games on Apple devices. This meant that users who had Epic games installed on their smartphones may continue to play them, but they wouldn’t be able to download new content.

Given that more than a year has passed and the businesses have subsequently gone to trial to resolve the issue, some users have legitimately questioned whether Fortnite would ever return to App Store or not. The judge handling the dispute between Apple and Epic, Yvonne Gonzalez Rogers, decided that Apple must enable developers to provide links that drive gamers to alternate payment methods for in-app purchases until December 2021. While it appears that Epic was in the right and had won the lawsuit, the firm was required to return all of Apple’s lost income throughout the battle. Epic saw this as a defeat and filed an immediate appeal.

CAN YOU STILL PLAY FORTNITE ON IOS?

Fortnite is a game that can be played on several platforms. This implies that gamers may continue to progress on practically any device. If you have a Computer, Laptop, Xbox, a PlayStation, or an Android smartphone, you can log into Fortnite and access your account in the same way that you would on an Apple device.

However, gamers who utilised their Apple accounts to play Fortnite will need to designate an alternative email to their Epic accounts because the Apple sign-in is no longer available.

To update your email, go to Epic’s official website and go to the General tab of your account settings. Enter your updated information and save it to receive a confirmation email. After you confirm the update, you will be able to log into Fortnite from any platform and resume where you left off. If Fortnite returns to the App Store in the future, all of your Fortnite progress will be carried over.

WILL FORTNITE COME BACK ON APP STORE?

The Fortnite application has been removed from the iOS App Store since August 13, 2020, after Epic Games violated Apple’s App Store policy by offering a direct purchase option. To bring back Fortnite to App Store again, Epic agreed to follow all the given guidelines and even prepared to bring Fortnite to Apple devices, but Apple presently refuses to provide access to Fortnite or any other Epic title. In September, Apple stated that it had no intentions to reintroduce Fortnite to the App Store until the legal dispute was resolved, which could take years. Apple gave this information to Epic Games after Epic CEO Tim Sweeney requested Apple’s Phil Schiller that the Epic Games developer account be reactivated. But instead of coming back to App Store, beginning in January 2022, Fortnite will begin streaming on mobile devices via GeForce NOW via the Safari web browser on iOS.

IS FORTNITE RETURNING TO iOS IN 2022?

An initial verdict was made earlier this year in the Epic Games v. Apple dispute, but both firms are reviewing, and there was no clause in the order compelling Apple to reinstall Fortnite. Apple’s lawyers notified Epic’s lawyers that they had no intentions to allow Fortnite to return to the App Store in the years ahead.

Epic Games, has now developed a solution by collaborating with Nvidia. Nvidia’s streaming gaming service, GeForce NOW, will soon include Fortnite compatibility, allowing the game to be played through a browser on iOS devices with touch-based controls.

Fortnite on mobile is almost set to debut after more than a year of development. Nvidia has announced the imminent release of a Fortnite closed beta for a short period, which anyone may sign up for.

Nvidia launched Safari connectivity in November 2020, allowing GeForce NOW’s collection of games to be played on iOS devices. Nvidia stated at the time that it was working with Epic Games on a touch-friendly version of Fortnite for the iPhone and iPad.

CAN I GET FORTNITE ON YOU iOS DEVICES?

If you are still looking for a way to get Fortnite on you iOS device then these steps are for you. There a be few methods for you to try downloading and playing Fortnite on iOS.

Those who have previously installed Fortnite on their iPhones may reinstall it with ease. This is due to the fact that the game is still accessible in the App Store’s ‘Purchased’ section. On iOS, follow these steps to re-download the game:

Users who have never downloaded the game on their iPhone before and want to try it out can do so by asking someone who had Fortnite on their iOS device before it was banned. To obtain the game, players can download it on their smartphone by using the ‘Family Sharing’ option on iOS:

Aside from these two methods, the third alternative is to register for the closed beta of Fortnite via GeForce Now. Nvidia and Epic Games have collaborated to reintroduce Fortnite to iOS by offering the game on their platform. Using this service, gamers will be able to play Fortnite using the Safari web browser on iOS, rather than downloading the game. To play Fortnite on iOS, you do not need to have a paid GeForce Now membership. Paid subscribers, on the other hand, will get first access to all of Nvidia’s gaming offerings.

HOW CAN YOU SIGN UP FOR THE FORTNITE IOS BETA TEST?

The GeForce NOW website has a long list of waiting, Nvidia says users may register for free to play the new touch-control version of Fortnite on mobile devices. Through browser integration, the game will be available on Android and iOS devices.

Users will be able to access a library of titles, including Epic Games’ Fortnite, once Nvidia’s cloud gaming service is released for both Android and iOS devices. Those who want to participate must first create an Nvidia account, sign up for the waitlist, and purchase a GeForce NOW subscription. Both free and priority memberships have an equal chance of getting into the beta, although Nvidia claims slots are limited.

That’s it folks! I hope you liked reading this article where we have summarized all the questions regarding Fortnite with Apple devices. If you have any other query or confusion let us know in the comments, and we will try our best to solve it.

What devices will support iOS 16?
How To Reverse The Rotoscope Filter on TikTok On iPhone
Comment