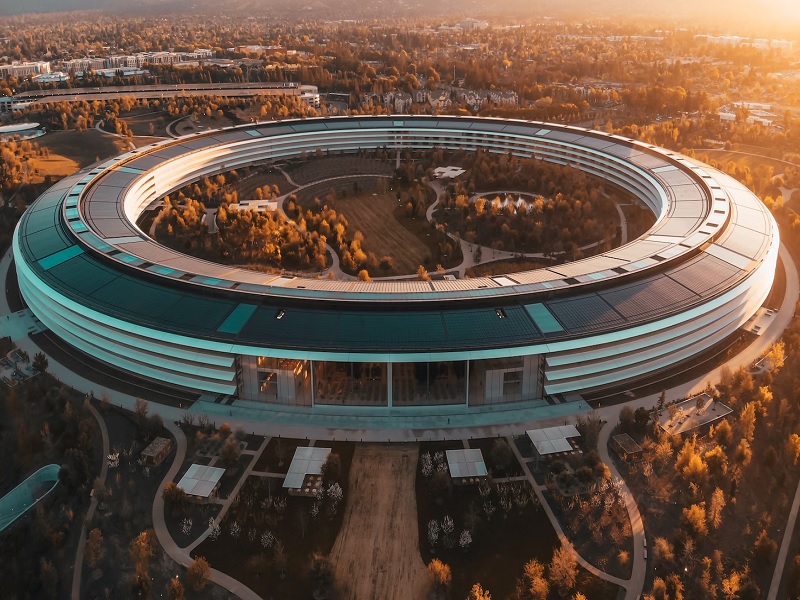 Many people erroneously think of AR as little more than VR’s gimmicky cousin. But in reality, AR holds out the promise to revolutionize the way we live our lives to a degree unparalleled by its flashier relative. That’s because the goal of AR is to, one day, replace our smartphone interfaces with a holographic overlay on top of reality. Be it through headsets, wall mounted beams or even advanced contact lenses, many futurists point to AR as the next logical progression beyond the straining necks that smartphone users live with in 2022.

With Apple’s AR optimized “mixed reality” headset imminently on the horizon, we’re taking a look here at the history of AR, the state of the technology today, and considering some of the implications for what Apple entering into the space will do for the sector.

The Latent Potential of AR

Consider the picture, you’re walking down the street when you take a wrong turn – fortunately you’re wearing your AR device, and, through a voice command, ask it to overlay a directions onto your vision to your destination. Or perhaps consider match-day at half time, you use your AR display to get an overlay on the odds on each player scoring a touchdown, and peruse the free bets offered by sportsbooks such as Caesars Sportsbook or any number of other providers listed on comparison platforms like OddsChecker. Perhaps you’re in an art gallery, and find a striking painting by a little known artist and you use your AR display to throw up a Wikipedia article about the painter.

These are just some of the prospective use cases futurists consider when contemplating what an AR enabled day-to-day experience would be like to inhabit. You’ll notice that all of these are already things people do quite naturally with their smartphones, AR simply cuts out the middleman. Also, by overlaying information directly onto reality, this technology can provide meaningful context that a smartphone alone cannot.

These ideas are nothing new, in fact some of the use-cases listed above have already been implemented back in 2014 when Google launched its ambitious and ahead-of-its-time prototype AR glasses, Google Glass. Launching at a time when smartphones were still in the ascendancy, few thought of Google Glass as more than an intriguing concept.

Yet in 2022, with Meta investing billions in the metaverse, VR, and its subsidiary headset developer Oculus, AR is undergoing a timely reappraisal. Since Google Glass quietly slipped into the background, the leading organization in the drive to create a viable AR headset has been Microsoft with their HoloLens project. Now in its second generation, HoloLens is definitely impressive. Though unfortunately, like many proof-of-concept products, its use is largely limited to tech demos demonstrating its potential applications.

To find the biggest success story in AR over the past decade we must instead turn to an app developer by the name of Niantic. Niantic, more than any other developer, have sought to put AR gaming on the map. They launched Ingress in 2012, a game where players can select to align themselves with one of two rival teams that must then battle for control of real-world locations.

The game built up a limited but loyal fan-base, who delighted in staking out popular landmarks in their cities and local areas in a global simulated turf war. However, it was to be this studio’s second major title that garnered broad critical acclaim and recognition, and definitively brought AR gaming to mainstream awareness.

We are of course referring to Pokémon Go, the 2016 viral sensation and global phenomenon that at its peak had 250 million monthly active players, and still retains a strong community of players today. Pokémon Go, in its essence, was little different from Niantic’s former game – but the inclusion of one of the most successful and recognizable IP’s of the 21st century guaranteed the game’s success and organic spread.

Gaming made the case in a practical sense for how augmented reality could bring together elements of the real world with a digital overlay in entertaining and compelling terms. Yet until now, many argue that the genre’s potential remains largely untapped without the integration of dedicated headsets.

What Apple’s Headset Means for the Technology

That Apple of all companies is now pushing AR is of immense significance. We have seen time and again, starting with the introduction of the iPhone, through to innovations ranging from TouchID and bezel-less displays, that the industry typically follows trends set by Apple.

As such, the prospect of Apple pushing AR in a world where VR is perceived to be the dominant driving trend, is noteworthy. Developers jump at the opportunity to develop for Apple products first – this is because the audience is locked in and affluent, and the hardware and software experience is much less fragmented when compared to Android. The key thing holding the spread of mobile apps back in the years running up to the release of the iPhone 3G was mass development on a single platform.

We can identify that AR is presently in a similar position, and thus it follows that with the release of Apple’s upcoming headset, widespread developer interest will pivot towards the emerging tech, validating it and demonstrating its manifold uses to the wider public.

Apple Plans to Display Ads in Maps and Other Services
How To Fix “iPhone Unavailable Message” Error?
Comment