Home » Where To Get iOS 15 RC Download IPSW Link? 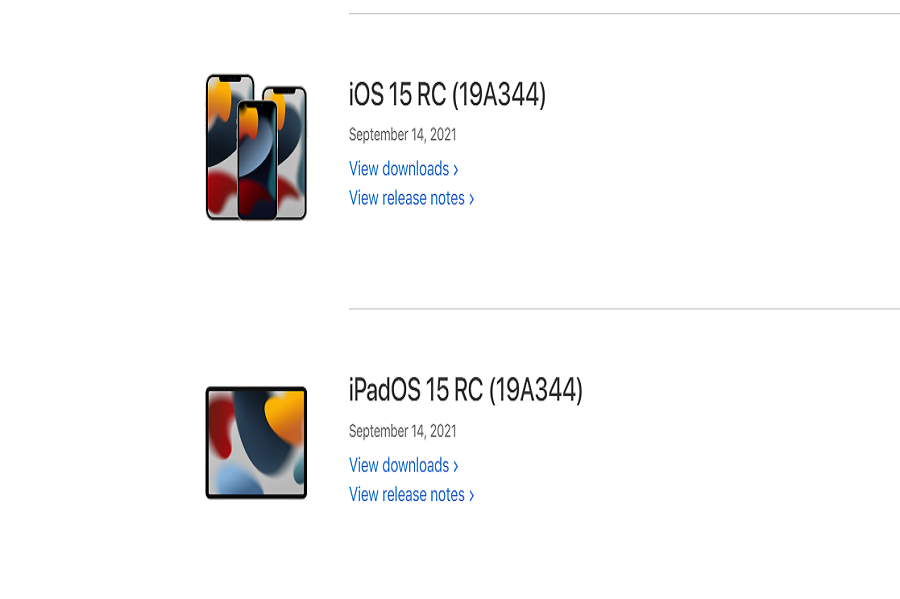 Everyone was expecting the iOS 15 final update from the Apple September Event on 14th, where Apple announced the best iPhone 13 series. Sadly, Apple confirmed that the final version of iOS 15 will releases on September 20 for all compatible devices, including iPhone 6s.

Many Apple geeks were eagerly waiting for the iOS 15. As Apple postponed the iOS 15 release date a bit, the company officially landed the iOS 15 RC download link for early birds.

With the help of the iOS 15 RC download ipsw link, iPhone users can install iOS 15 earlier before the final version lands on September 20. If you don’t have the patience to wait for a few days, you can download iOS 15 RC right now on your compatible iPhone without any hesitation.

There is no magic trick to download iOS 15 RC on your iPhone. You can simply register to the free Apple Beta Program, enroll your device, and go to Settings > General > Software Update.

Once you have gone through the above process, you will have iOS 15 RC on your iPhone before the final update. You can start testing all new features of iOS 15 on your iPhone.

After installing iOS 15 RC on your iPhone and getting hands with the new update, don’t forget to share your feedback in the comment box. Share your favorite and worst feature of the new iOS 15.

What’s New About The iPhone 13?
Will iPhone 6s Get iOS 15 Update?
Comment